Home science Mosquito vaccination: no more imagination – but only an experience 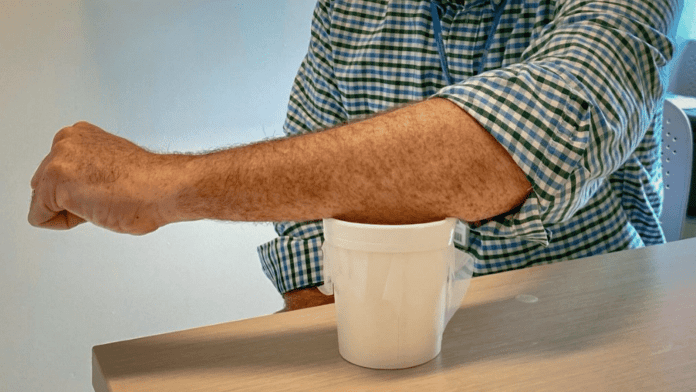 One wonders what came first: the crazy idea of ​​a mosquito vaccine (inform us) or the idea of ​​actually using mosquitoes to vaccinate against a disease for which there is currently only one vaccine that has only 30-40% efficacy: malaria.

Mosquitoes and malaria – a toxic relationship

malaria parasites and mosquito malaria mosquito They are inseparable, especially in Africa, where the warm climate is conducive to the growth of the parasite. We might not care if parasites don’t use humans as intermediate hosts.

Then it starts again. Effective for malaria parasites but ugly for humans. Scientists estimate that there are more than 240 million cases of malaria and more than 600,000 deaths each year, making an effective vaccine urgently needed.

There is also a vaccine Since 2021: RTS, S. (commonly known by the trade name Mosquirix) by the pharmaceutical manufacturer GlaxoSmithKline. This was approved by the World Health Organization last year, but its effectiveness rate is only 30-40%.

Invention of the mosquito vaccine

Mosquitoes, malaria, malaria, mosquitoes… you have to start there somehow, right? There have already been attempts genetically modified mosquitoeswhich can no longer reproduce – looks good in experiment, but would be fatal in nature if the food base of many birds and other animals suddenly died.

Dr. Sean Murphy From the University of Washington in Seattle, lead author For an article in Science Translational MedicineConsider a different approach: Why not simply equip mosquitoes with weak parasites that bite people and thus train their immune systems on the real parasites?

See also  Vitamin deficiencies: muscle aches as a symptom - what the experts recommend

Thus, the mosquito vaccine was invented!

Insects transmit live malaria-causing Plasmodium parasites that have been genetically modified to not infect humans. The body continues to make antibodies against the weakened parasite so it is ready to fight the real parasite.

First experiment with 26 participants and 200 mosquitoes each

The vaccination process in the experiment was as follows: participants placed their arm over a cardboard box filled with 200 mosquitoes and covered with a net that traps mosquitoes but still allows them to bite. In addition, the arm was covered with a black cloth because mosquitoes prefer to bite at night.

And then the big feast begins—for the mosquitoes at least, for the participants it might have been unpleasant for 200 mosquitoes to bite their arm at the same time.

Dr. Murphy believes this experimental mosquito vaccine should elicit a stronger immune response than the WHO-approved RTS,S vaccine because it uses an entire weakened parasite, while the GlaxoSmithKline vaccine targets only one of the more than 5,000 proteins produced by the parasite.

To test how well this approach worked, 14 participants were given another round of mosquito bites — this time with a fully functional malaria parasite. Seven of them contracted malaria, which means the vaccine was only 50% effective. For the other seven, the protection lasted no more than a few months.

Stephen Capone of the study authors and a parasitologist at the University of Washington Seattle and the Children’s Research Institute in Seattle, firmly believes that the effect could be improved by giving a vaccine with the weakened parasites by injection in subsequent trials, rather than until the mosquitoes can eat it better.

Also, a more mature version of the parasite used could have an effect on the effectiveness of the mosquito vaccine, giving the immune system more time to prepare for the immune response to the true malaria parasite.

We hope you’ve read this by now (if so, comment on Facebook and Twitter with “I love mosquito vaccine!So of course there would be no buzzing mosquitoes to secretly vaccinate people. This would also be completely ineffective, because in experiments alone the vaccination took 200 mosquito bites!

In any case, the approach to the experiment is original: Instead of running long experiments in the lab, simply give the weakened parasites a “mosquito vaccination” to see if they work at all. And the 50% effect isn’t bad for a start and better than the only malaria vaccine so far (although that doesn’t really make sense with 14 participants).

Then the correct vaccination is given with a syringe. I’m sorry, mosquitoes, you’ll be out of work again.

Also interesting:
It’s been scrolling through social media timelines for several years now: a robotic mosquito is spying on us all!
– The bustling urban legend of the robot mosquito

note: This content reflects the current situation at the time of publication
I was. It is used to play individual photos, screenshots, weddings, or video sequences
Discuss the topic with the subject.