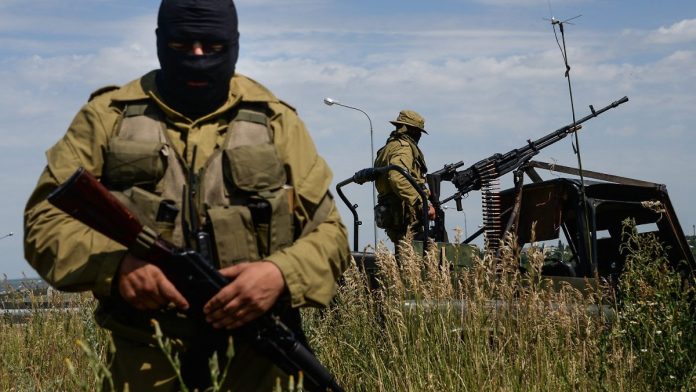 Court reveals the presence of Kremlin forces in Donbass

The presence of Russian units in eastern Ukraine is an open secret. Now there is official confirmation of this – albeit unintentionally. A court in the Russian city of Rostov indirectly confirmed the presence of Moscow soldiers in a corruption trial. The Kremlin responded immediately.

To the dismay of the Moscow Kremlin, a court ruled the presence of Russian soldiers in the Ukrainian separatist region. “Recruits from the Russian Federation are on standby in the Donetsk and Luhansk People’s Republic,” wrote the court in the southern Russian city of Rostov-on-Don. This is remarkable because Russia does not officially recognize the stationing of soldiers in Ukraine.

Kremlin spokesman Dmitry Peskov immediately spoke of “a mistake on the part of those who wrote the text.” It could just be a mistake, “Because this is not possible. There are absolutely no armed forces of the Russian Federation on the territory of the self-proclaimed republics.”

Independent media have reported for years that Russian soldiers are serving there. The newspaper “Novaya Gazeta”, which is critical of the Kremlin, also showed photos of coffins in the past – with the bodies brought to Russia.

The Rostov verdict is related to the issue of corruption and the supply of supplies to the regions. “This food was intended for the garrisons of the Armed Forces of the Russian Federation, which are stationed in the territories of the Donetsk and Luhansk People’s Republics,” the text of Judge Leonard Sholokhov said.

According to Interfax, Kremlin spokesman Peskov confirmed that humanitarian aid is constantly being delivered to the regions. “You know that,” Peskov said in front of reporters. For years, Moscow rejected all allegations about the presence of Russian troops in the Donbass.

Ukraine has long considered pro-Russian rebel units to be part of the Russian army. Ukrainian government forces have been fighting Russia-backed rebels since 2014. According to United Nations estimates, more than 13,000 people have already been killed. The peace plan agreed in 2015 is on hold.