Home science Monkey pox: the origin of an unexpected epidemic 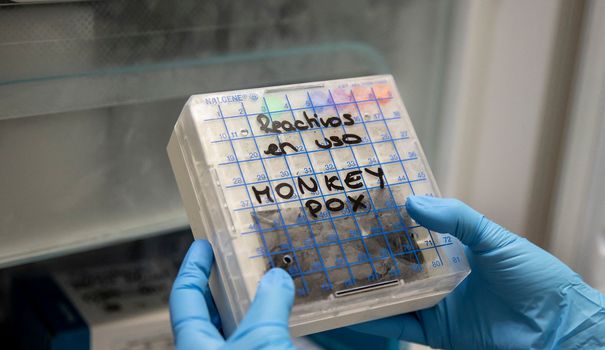 More than two years after the onset of Covid-19, a new epidemic linked to a zoonotic disease has struck: monkeypox. The disease, mainly found in Central and West Africa, has spread rapidly across the world in recent weeks. To the extent that the World Health Organization considers its spread “alarming” and will hold a meeting next week to assess whether this virus constitutes a “public health emergency of international concern.” Less than a week after calling on countries to “control the outbreak,” WHO Director-General Tedros Adhanom Ghebreyesus on Tuesday, 14 June, called the outbreak “extraordinary”.

Since early May, more than 1,600 confirmed cases have been reported in 39 countries, including 32 countries where the disease is not endemic – and where no deaths have been recorded so far. The virus is now present in Europe, Australia, the Middle East, North America and South America. In France, there are currently 91 confirmed cases, without a serious form. But scientists are mobilizing to answer the question: how did this disease spread so quickly in the old continent, the epicenter of the epidemic with 85% of cases, as well as in America?

From zoonotic diseases to human-to-human transmission

A step back is necessary. Monkeypox – “monkeypox” in English – was discovered in Denmark in 1958 after a year-long outbreak of crab-eating captive macaques from Singapore. Hence its name, even if monkeys are infected only while other animals (squirrels or small rodents) transmit the disease vector. Quickly, the World Health Organization set up a close watch for this new disease, which was then threatening to eradicate human smallpox. Over the years, several worldwide epidemics have been recorded in monkeys in captivity. In France, several cases of chimpanzees brought from Sierra Leone in 1968 were included in the animal facility of the Pasteur Institute. Two years later, in 1970, the first human case of a baby boy was discovered in the Democratic Republic of the Congo. From there, the African continent is exposed several times to one or more major epidemics. Since 2010, compared to the 1980s, the number of cases has increased tenfold.

See also  Hospital and Nursing Home: Finally, health permits will be required from patients and visitors

The first human outbreak of non-African monkeypox occurred in 2003 in the United States, imported from Ghana by wild rodents, including gambian rats. These in turn infest prairie dogs in pet stores. All patients had contact with a sick prairie dog, and there was no human-to-human transmission. Other cases were recorded in Great Britain in 2018, in particular, a hospital worker was injured while cleaning a patient’s bed. This is the first confirmed case of human-to-human transmission outside Africa. Four years later, in 2022, monkeypox once again left the African continent – where it has been breeding for a decade – to invade Europe, which has become the epicenter of the epidemic.

In France, as elsewhere, a procedure has been put in place to trace the chains of contamination. Thanks to these preliminary investigations, scientists were able to establish that the strain prevalent in Europe and the United States is the same as the strain prevalent in West Africa. In other words, the least dangerous has a 1% mortality rate, compared to 5% to 10% for its Central African cousin. Another lesson: it is possible that the European epidemic had a single origin, because sequence similarities were observed in several samples. OfficialsWesterners fear that the virus is currently spreading undetected through community transmission, possibly through a new mechanism or pathway. The investigation is still trying to determine where and how the infection occurred.

Gay Pride As A Super Publicity

How did the virus reach Europe and when? The World Health Organization estimates that the epidemic on the continent has “certainly been spreading since mid-April”. The first officially recorded case is of a Briton who returned on May 4 from Nigeria, the country where monkeypox is more common than anywhere else. “It’s not patient zero, this denier has yet to be identified and may have been infected several months ago, volatile virologist Herve Fleury, researcher at CNRS and Professor Emeritus at Purdue University. Maybe someone who’s also infected in West Africa, that’s very common. On the other hand, what is less common is that this virus, which usually spreads very poorly in humans, spreads very quickly, and without direct association with an African country or an animal reservoir.” In France, the patient’s first diagnosis was dated May 20. He is a 29-year-old man who resides in Ile-de-France, with no history of travel to a country where the virus is common.

Another disturbing finding: the virus is spreading mainly within the gay community, and in several countries at the same time. The clues led to a gay pride staged in early May in the Canary Islands, a potential “super publicity” event. “Not where the epidemic started, nuance Herve Fleury, but a mass gathering where there could have been a lot of contamination.” Other outbreaks of this kind have been identified, such as the gay sauna in Madrid at the origin of about forty cases, or a festival in Belgium. But Hans Kluge, director of the World Health Organization in Europe, warned on Wednesday, June 15, of the dangers of stigmatization, stressing that “the monkeypox virus in itself is not linked to any particular group.” especially that, According to a study published in 2020 in the journal SciencesIn fact, human-to-human transmission has already been observed in several African prisons, but with a relatively short transmission chain of 1 to 3 individuals. Once again, young males were the hardest hit.

Beyond the affected population, other questions remain unanswered: Is this disease sexually transmitted? “Researchers are studying this pathway but there is no evidence for this trend at the moment,” Hervé Fleury emphasizes. Another question: Has the virus mutated? “Here again, the question arises but there is no evidence to prove it, especially since monkeypox evolves very little due to its DNA genome – compared to other RNA viruses such as Sars-CoV-2.” , continues the virologist. In Portugal, a team of scientists analyzed the virus genome taken from nine patients and discovered small mutations. “The eruption is slightly different from that observed in Africa, with many lesions in the reproductive sphere,” explains Professor Arnaud Fontanet, an epidemiologist at the Pasteur Institute in France information. Is this the beginning of a new mode of transmission between humans? Too many unknowns do not yet allow us to confirm this.

It remains to ask the reasons for the emergence of this epidemic. The virus has been increasingly present in several African countries for a decade. For Herve Fleury, this was a result of stopping smallpox vaccination in the early 1980s by order of the World Health Organization. “The population is no longer immune and therefore more sensitive to the pandemic recovery,” he sees. An opinion shared by India Leclercq, researcher in the Emergency Biological Intervention Unit at the Pasteur Institute: “This is why we find more cases in young people who have not been vaccinated against the smallpox virus at all.” “Another explanation for this resurgence is on the side of these populations frequently exposed to reservoir animals,” the researcher estimates, in particular due to globalization, deforestation, agriculture, etc. However, virologist Herve Fleury is concerned about seeing a virus like monkeypox spreading locally in Europe, with no import cases. “Imagine if a virus like Ebola, with a mortality rate of close to 50%, appeared in Europe as well. It would be disastrous! So we must understand how monkeypox imposed itself.”

However, monkeypox cannot be compared to Covid-19. It is less dangerous and less contagious. Vaccines and treatments exist, especially since the disease goes away on its own for the majority of patients after a few weeks.

Written by Dominique René, University Professor at Sciences Po and General Director of the Foundation for Political Innovation

For two years, striking numbers for the epidemic