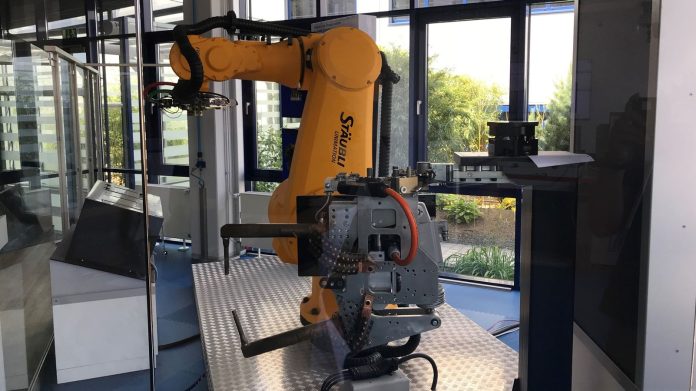 Swiss mechatronics company Stäubli is expanding its Bayreuth location. A campus with offices, warehouses and workshops will be built on site in the Bayreuth Industrial Estate.

Stäubli board member Gerald Vogt outlined the expansion plans on Thursday at a groundbreaking ceremony. Accordingly, four new buildings with an area of ​​7,500 square meters will be built. Fogg described the expansion plans as Strategic 2030 and as a clear commitment to the Bayreuth site, where Stubli has been in existence since 1969.

Nearly 600 employees at the Bayreuth site

The new buildings are an office building, a workshop for the robotics department, a warehouse, a logistics hall and a welcome center with reception and exhibition facilities. Stäubli currently has 5,700 employees worldwide, nearly 600 of whom are at the Bayreuth site. The family business, founded in Zurich in 1892, manufactures industrial robots, textile machines, connectors for hydraulic systems, and compressed air and gasoline pumps, for example.

The city’s second mayor, Andreas Seibel (Social Democratic Party), was pleased with the decision in Bayreuth’s favour. He expressed his thanks to the company’s management, as did the general manager of IHK Oberfranken, Gabriele Hohenner, who emphasized that in addition to qualified specialists, training is also important at Stäubli. The company offers ten courses annually and has already trained 201 people in Bayreuth.

Jobs and profits at Tesla: Unequal wages? Swipe to pay...

Investment of billions: it appears that Intel is planning to set...

Berlin-Brandenburg is based on the Siemens hydrogen train