Home World Many questions about the operation of the nuclear power plant: Russia sends... 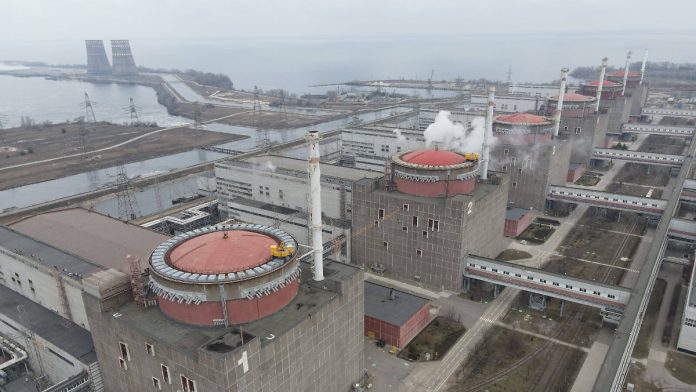 Zaporizhia, the largest nuclear power plant in Europe, has been in the hands of Russia since March 4th. Ukrainian employees still work there, now under the supervision of Russian specialists. The International Atomic Energy Agency has stated that staff are under “unbelievable pressure”.

Russian authorities sent nuclear specialists to the Ukrainian nuclear power plant in Zaporizhia, to the southeast. Representatives of the eight Rosenergoatom, a subsidiary of Russia’s state-owned company Rosatom, are demanding daily reports from the plant’s management on “confidential issues” related to the operation of the nuclear plant, according to a statement from the International Atomic Energy Agency (IAEA) citing Ukrainian authorities. This included administrative aspects as well as questions about maintenance, repair and disposal of radioactive waste, for example.

According to Ukraine, the nuclear power plant will continue to be operated by Ukrainian employees but will be controlled by Russian forces. Russian forces occupied the facility on March 4. According to the information, the Ukrainian employees are working “under incredible pressure”. At the beginning of April, Ukraine informed the International Atomic Energy Agency that the “moral and emotional state” of employees in Zaporizhia was “extremely low”.

The Director of the International Atomic Energy Agency, Rafael Grossi, has repeatedly expressed his concerns about the safety of Ukrainian nuclear power plants. He had already traveled to Ukraine in March and spoke to employees of the nuclear power plant in southern Ukraine. Russian forces had previously occupied the Chernobyl nuclear facility, but withdrew at the end of March. After the withdrawal, it was reported that Russian soldiers in the area had suffered radiation damage.

Communication with the Chernobyl plant was lost for about two months. Meanwhile, technicians have upgraded monitoring systems and are gradually restoring long-distance transmissions, the IAEA said. Four nuclear power plants with 15 units are currently operating in Ukraine.