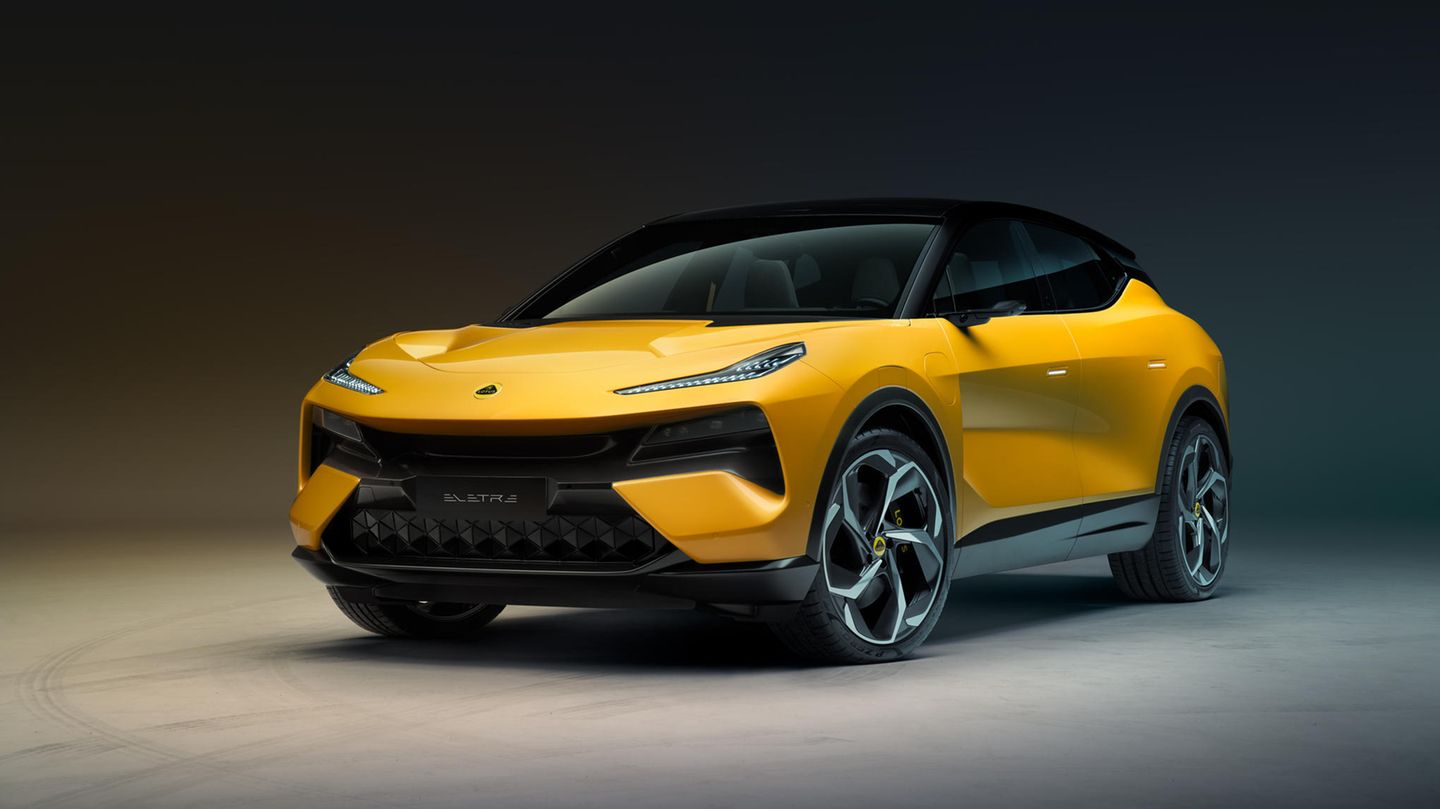 Lotus has unveiled its first electric SUV. And so the British sports car and supercar manufacturer embarked on a whole new mission. Eletre is an improved sports model with a 600-horsepower electric motor and state-of-the-art technology.

It is said to be the “turning point” of the lotus. The Great Britain automaker, which makes sports cars and supercars, introduced an all-electric SUV in London for the first time on Tuesday. With Eletre, Lotus opens a whole new chapter.

Two compact electric motors, distributed on both axles, should not only accelerate the 600-horsepower “Hyper SUV” from 0 to 100 km / h in less than three seconds, but also reach a top speed of 260 km / h.

Speed ​​also plays a role in charging the battery. With an 800-volt architecture and a battery capacity of more than 100 kWh, the fully electric Lotus can be charged at a 350 kW charging station in 20 minutes for a range of 400 km. The British automaker claims its maximum range is around 600 km according to WLTP.

There is great hope in Eletre. The brand’s first electric SUV aims to be “a showcase of how Lotus delivers performance-oriented driving pleasure and refinement outside the traditional sports car segments”. The vehicle captures the heart and soul of Lotus’ latest sports car – the Emera – and the revolutionary aerodynamics of the all-electric Evija supercar and reinterprets it as a super-fast SUV. Accordingly, there is a “clear relationship” with the Emira, Lotus’ last petrol sports car, and the Evija, an electric supercar, like the driver-oriented cockpit.

Measuring five meters in length and approximately 1.60 meters in height, the Electre is based on Lotus’ new Electric Premium Architecture (EPA) platform, which can be adapted to battery and motor sizes, component layouts and intelligent driving technologies in vehicle classes from C+ to E+. . It was a “significant point in our history,” said Matt Wendell, CEO of Lotus Cars. According to Qingfeng Feng, CEO of Group Lotus, Eletre “represents a turning point for our company and our brand.”

Accordingly, the electric SUV will debut with LIDAR (Light and Range Detection) technology, which is said to be the world’s first operational technology in a production vehicle: extendable sensors record the environment, supporting autonomous driving. In addition, the Eletre has a camera system that not only replaces the classic outside mirrors, but also allows a 360-degree view of the car from above, which is intended to facilitate parking.

The “porousness” of the Lotus design is said to allow air to flow through the car, improving aerodynamics, speed, range and overall efficiency. The use of carbon fiber and aluminum reduces the weight of the vehicle. When engine, battery or front brake cooling is required, the grille opens. The rear of the car with the air outlets above the rear wheel covers, where the taillights also end, is striking in terms of appearance. Shows the battery charge status.

The British carmaker is also promising a “unique” theatrical moment in the motoring world: when the car is unlocked, the exterior lights pass in short sequences and the illuminated door handles extend. After ascent, the “experiment” must be repeated.

In the interior of the car, among other things, a light strip under the dashboard provides entertainment. For example, when a phone call comes in or the temperature in the car changes, its color changes. It also shows the charging status of the car battery. Below the light is a bar that displays information to the driver about the vehicle and the trip, and shows the passenger a selection of nearby music or locations. Also standard is a 15.1-inch OLED touchscreen display that folds automatically when not in use.

Lotus liter will be delivered next year

Eletre production is set to begin in China later this year, with the SUV already available for reservation. You can choose between a five-seater and a four-seat single model. Lotus has yet to announce pricing for the electric model. Customer deliveries are scheduled to begin in China, the UK and Europe in 2023. In the next three to five years, Lotus also plans to launch an E-segment sedan and an SUV in the D-segment, among others.