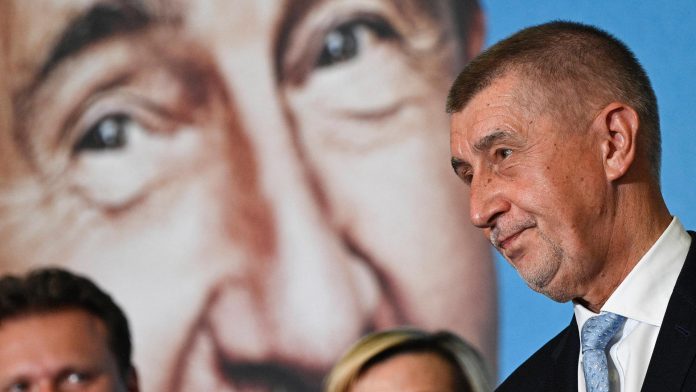 Populist Prime Minister Andrej Babis had to concede defeat in the parliamentary elections in the Czech Republic. Now he wants to hand over his office to other parties.

After his party’s narrow defeat in last weekend’s parliamentary elections, Czech Prime Minister Andrej Babis announced the move to the opposition. “We will hand over (the official work) to the new coalition and go to the opposition,” Babis told radio station Frikvans 1 on Friday. The head of the opposition alliance Spolo (together) Peter Fiala now has the best chance. to become the new prime minister.

According to the Czech constitution, the mandate to form a government must be issued by the president. Head of state Milos Zeman has been in the intensive care unit of a Prague hospital since Sunday. Little was known about his health; According to Czech media reports, the president is said to be suffering from severe liver disease.

From the hospital, Zeman set, on Thursday, the date of the first session of the new parliament on the eighth of November. According to the Czech constitution, parliament must meet after the elections before the outgoing government resigns. Only then can the president formally issue a mandate to form the government.

Presidential spokesman Jerry Ovacik had announced a meeting between Zeman and Villa “later” this week. Before the elections, Zeman indicated that he could appoint the head of the single strongest party to form the government. This meant that Papis should have tried to form a government first. From the experts’ point of view, Babis could not have succeeded in forming a government in the absence of a majority in Parliament.