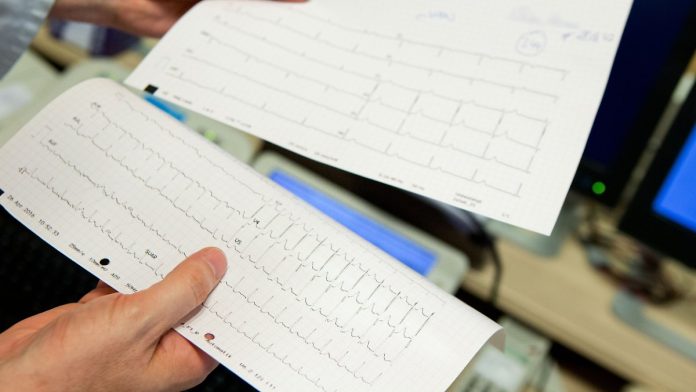 Atrial fibrillation leads to arrhythmias and is one of the most common arrhythmias. It often affects women and men differently – but differently than previously assumed. The risk of this disease appears to be related to body size.

Women are more likely to have atrial fibrillation than men – considering the difference in body size. To date, several studies have shown that the risk of such a type of arrhythmia is greater in men than in women. According to the new study, this result is due to the fact that men are taller than women on average and the risk of developing this disease increases with height. With regard to other risk factors such as age, ethnicity or hypertension, there were no significant gender differences in the current study. The study by Christine Albert’s group of Cedars-Sinai Medical Center in Los Angeles (California, USA) is In “JAMA Cardiology” Back.

This fundamentally changed the approach to finding the cause of gender differences: “Instead of asking why women are protected, we should now try to understand why women are at greater risk.” The research team’s analysis showed: In men and women of the same height, women are up to 39% more likely to develop atrial fibrillation. If you also take body weight into account, the risk is 49 percent higher.

More than 25,000 women and men without cardiovascular disease were included in the study between November 2011 and March 2014. Men were 50 years of age or older, and women 55 or older. 51 percent of the study participants were women, and 20 percent were black. They were followed up between 5.1 and 5.7 years.

For most of the physical characteristics and risk factors, there were only very small differences between the sexes. However, when the researchers kept body weight or height constant in the analysis, it was found that women were more likely to develop atrial fibrillation. Albert asserts that “atrial fibrillation is a disease that we want to prevent, regardless of gender.” The medical community should use the findings as an opportunity to talk to all patients, whether male or female, about the risks of developing atrial fibrillation.