Home World Latvia: declared a state of emergency due to immigrants from Belarus 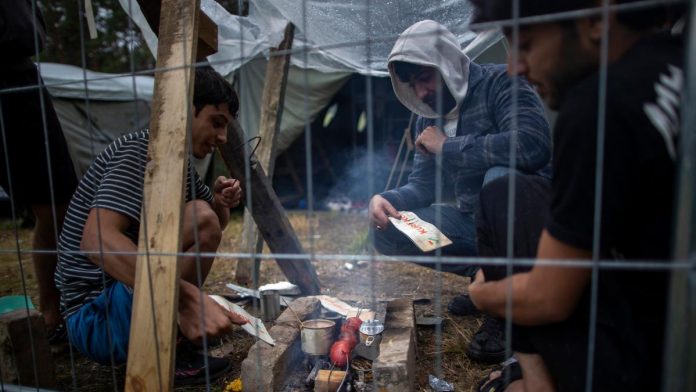 Migrants from Belarus – Latvia declares a state of emergency

After Lithuania, Latvia has now declared a state of emergency in parts of the country. Hundreds of migrants have crossed the border illegally in the past few days. The European Union is considering further sanctions against Belarusian Governor Alexander Lukashenko.

WWith hundreds of illegal immigrants at the border with Belarus, Latvia has declared a state of emergency in parts of the country. It is valid until November 10 for several regions in the southeast and south of the country near Belarus. The government decided, Tuesday, in the capital Riga.

According to BNS, border guards are allowed to turn back migrants who have entered illegally from neighboring Belarus – if necessary by force.

The Governor of Belarus, Alexander Lukashenko, has explicitly threatened in the past to allow people from countries such as Iraq, Afghanistan or Syria to cross the border in response to the European Union sanctions imposed on his country. There have been several particularly illegal border crossings in Lithuania, where the government has already declared a state of emergency so it can respond more quickly.

According to the agency, 283 people have been arrested for illegal border crossing in Latvia in the past four days alone. There have been more than 340 in total in the past few months. The European Union is considering further sanctions against Lukashenko – also because the ruler is exploiting migrants for political ends.

The number of immigrants decreased at the Lithuanian border

According to the European Union, the number of migrants entering illegally across the Belarusian-Lithuanian border has decreased “dramatically” since Iraq suspended all flights to Belarus. An EU spokeswoman said on Tuesday that 271 migrants from Belarus came to Lithuania in the week beginning August 2, compared to 1,106 in the previous week. Last weekend, only four people crossed the Belarusian-Lithuanian border.

Under pressure from the European Union, the Iraqi authorities temporarily suspended all flights to Belarus last Friday. According to EU data, 4,110 migrants have been registered since the beginning of the year who entered “irregularly” across the border from Belarus into Lithuania. Approximately 2,800 people came from Iraq. In the whole of 2020, only 81 migrants who entered illegally at the Belarusian-Lithuanian border were registered.

Lithuania had asked the European Union for help in dealing with the situation. Next week, a crisis meeting of EU interior ministers is scheduled on the refugee dispute with Minsk.