Home World The Patriarch of Constantinople in hospital 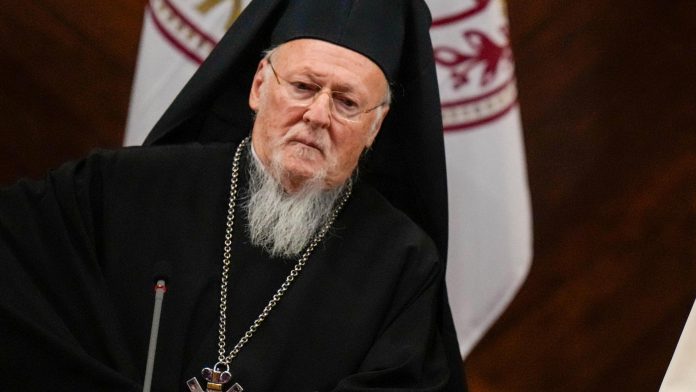 The religious leader of the Greek Orthodox Church has been hospitalized on a visit to the United States. 81-year-old Bartholomew felt uncomfortable.

The Patriarch of Constantinople, Bartholomew I, was taken to the hospital during his visit to the US capital, Washington. The Greek Orthodox Archdiocese of America said the 81-year-old is doing well.

Bartholomew felt uneasy before mass on Sunday, so his doctor referred him to the hospital for observation. The reasons are the long flights to the United States and the busy schedule of his visit which began on Saturday and will continue until November 3. He is expected to be released from hospital on Monday.

Successor of the Apostle Andrew

The Patriarch of Constantinople was once the undisputed leader of Orthodox Christianity. Bartholomew, who has held office since 1991, is now the direct head of the few thousand Greek Orthodox believers. He has no authority over other Orthodox churches. About 300 million Orthodox around the world, belonging to a dozen or so churches, give him only the honorary title of “first among equals”.

Bartholomew is considered the 270th successor to the Apostle Andrew, whose bones, according to the missionary tradition of Asia Minor, were buried for centuries in Constantinople (present-day Istanbul) after his martyrdom.