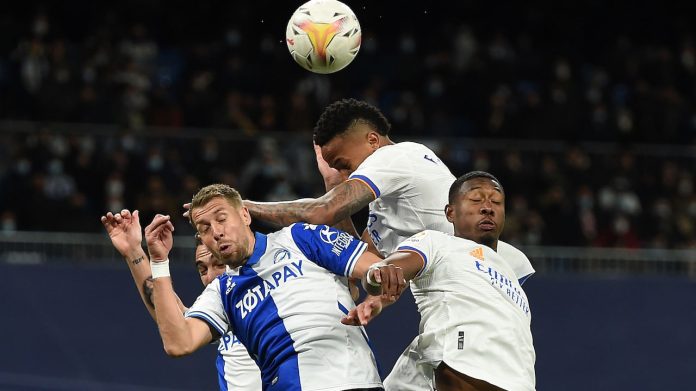 Real Madrid weren’t really impressive in the 25th round of La Liga, but they managed to beat the late Deportivo Alaves 3-0.

The Royals, who have won only one of their last five matches, are finding it difficult from the start against the defensive Basques, with no real chances of scoring in the first half.

After the break, that changes: Deportivo-Keeper can take a good free kick from David Alaba Fernando Pacheco Just hold on tight (49), a little later Marco Asensio A bad pass, Perry Pons intercepted it in front of Thibaut Courtois, but it did not catch in the goal (61).

Shortly thereafter, Asensio corrects his mistake and puts Real ahead with a superb shot from a distance (63 minutes). Then the knot is untied for the Madeleines: Karim Benzema initially just hit the crossbar (77), before closing nicely for Vinicius Junior, who puts the cap on it from a short distance (80).

In the end, Benzema (90 + 1) could celebrate his first league goal since mid-January, scoring a penalty after Legion’s foul on Rodrygo.

As usual, David Alaba plays at the heart of Real’s defense and can look forward to another clean sheet.

Real extends its lead at the top of the table over FC Seville (less than one match) to seven points at the moment. Deportivo Alaves came second to last with 20 points.

See also  Olympia: Kristen Bodens wanted to give it all up, and now she has silver