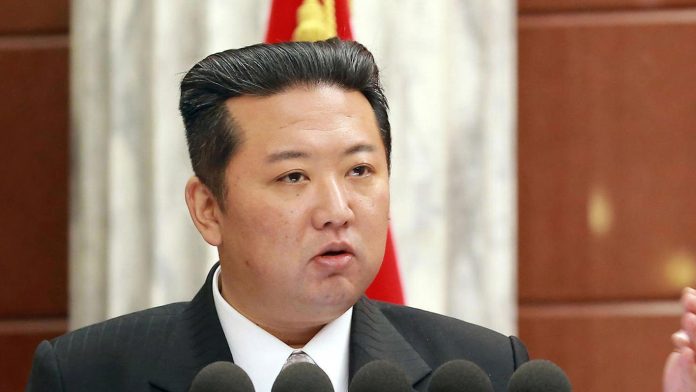 A few days after Kim Jong-un’s New Year’s address, North Korea apparently launched an experimental missile. It is not clear what kind.

According to two neighboring countries, the self-proclaimed nuclear power North Korea once again launched a missile for testing purposes. The South Korean Army’s General Staff said on Wednesday that the projectile that landed in the sea was apparently a ballistic missile. The Japanese government also talked about a ballistic missile, it seems. UN resolutions prohibit largely politically isolated North Korea from testing missiles that could carry a nuclear warhead, depending on their design.

At first it was not clear exactly what kind of missiles and how far they flew. According to information provided by the South Korean military, the missile was dropped from a land platform in the morning (local time) and flew towards the Sea of ​​Japan (Korean: East Sea). She added that in close cooperation with the United States, the situation will be closely monitored with a view to further missile tests by North Korea.

North Korea said last year it had successfully tested long-range cruise missiles and fired short-range missiles from a train. In addition, a newly developed hypersonic missile is said to have been tested. Missiles of this type are difficult to intercept due to their high speed. The last time North Korea tested a ballistic missile was in October, with state media reporting at the time that it was a “new type” missile that could be launched from a submerged submarine. Experts suspect it was a short-term model.

North Korea regularly tests missiles of different types. For years, the communist leadership in Pyongyang has been promoting mainly the development of missiles that can be equipped with nuclear warheads. Therefore, the country is subject to severe international sanctions. The development also includes long-range missiles that can reach the mainland United States.

See also  Is Vitali Klitschko pro-Russia? A video is circulating on the Internet and raising questions

North Korea has declared itself a nuclear power. In light of negotiations with the United States over its nuclear weapons program, the international situation is somewhat unclear. Negotiations have not progressed for nearly three years.