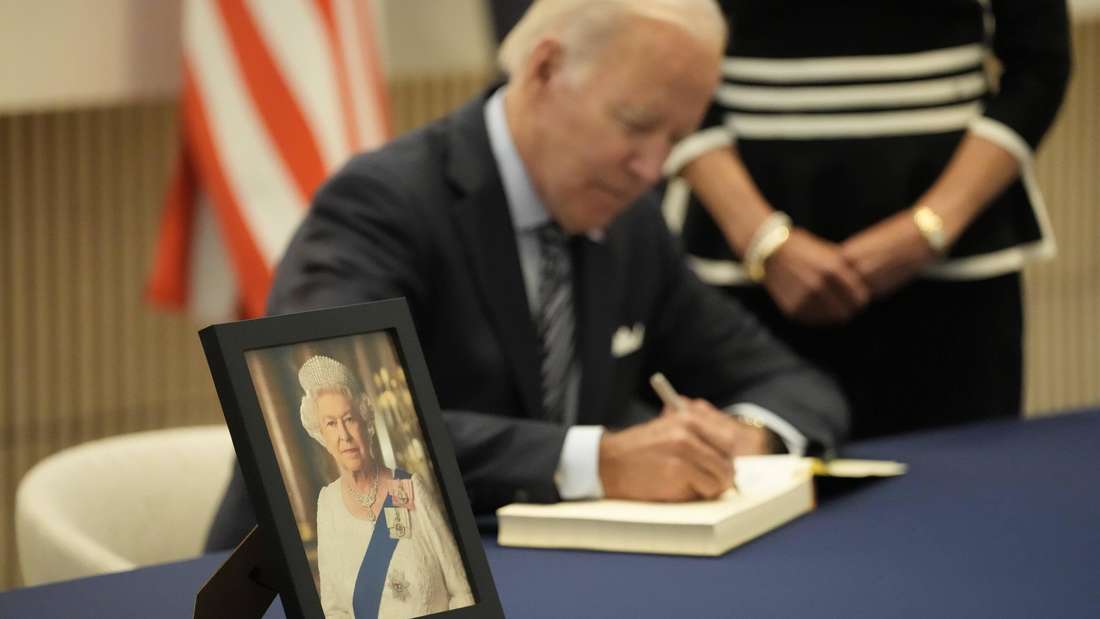 Celebrities are expected to attend the Queen’s funeral, including US President Biden. He appears to have received a “special invitation”.

London / Washington DC – Queen Elizabeth II is dead. She is scheduled to be buried in London on Monday (September 19). Many guests were invited to the funeral, including the US President Joe Biden.

The 79-year-old received an interview invitation in the run-up to the funeral. He will realize it, Biden announced in a statement on Friday (September 9). “I don’t know the details yet, but I’m going to travel there,” the US president said in a speech in Columbus, Ohio. Biden explained that he has not yet spoken to Elizabeth’s successor, King Charles III: “I know him, but I haven’t spoken to him on the phone.” The White House also confirmed this on Sunday. In another statement, she said, Biden will travel to Great Britain.

Like an American broadcaster CNN However, the first details are already known. The royal family issued a “special invitation only to the president and first lady.” According to the report, the US president has to travel only with his wife, Jill Biden, without a delegation.

She added that the reason for this was the lack of space at the funeral ceremonies in London. The number of guests is expected to reach 2,000 according to consistent media reports.

The Queen’s funeral: This is scheduled for Monday in London

Buckingham Palace said Queen Elizabeth II’s funeral is scheduled for Monday (September 19) at 12pm. It is scheduled to be held at Westminster Abbey in London. The palace said that there will be a service there.

Queen Elizabeth II.: What connects the deceased king with Hess

The Queen’s coffin will then be taken to Windsor, where she will be buried with her late husband, Prince Philip. He just passed away last year. According to Buckingham Palace, after September 19, the Queen will mourn for seven days in total in Great Britain. Flags in castles and royal estates should fly at half mast for a long time. The royal standard should be an exception to this in the case of a monarch. (do with AFP/dpa)