Home World It seems that American researchers have made a breakthrough 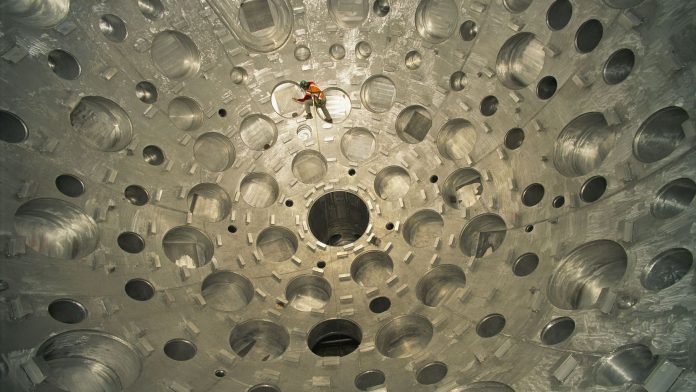 Nuclear fusion is humanity’s great hope for clean energy. A crucial step is said to have been taken in a laboratory in California.

Officially, the US government doesn’t want to announce the results until Tuesday, but the big news has already leaked: In recent nuclear fusion experiments at California’s Lawrence Livermore Laboratory, more energy is said to have been generated for the first time. Time spent fusion. This was reported by the “Financial Times”, citing the facility’s employees. “If this is confirmed, we will experience a historic moment,” the paper quoted plasma physicist Arthur Turrell of Imperial College London as saying.

Nuclear fusion relates to the generation of energy from the fusion of hydrogen atoms to form helium. It’s the same process that makes the sun shine and gives hydrogen bombs their destructive power. Like nuclear fission, this technology is based on Albert Einstein’s famous formula E = mc², according to which mass can be converted into energy and vice versa.

Energy from nuclear fusion is still a dream

Research has been going on in controlled nuclear fusion since the 1950s with the hope of unlimited energy without emitting carbon dioxide. However, there were no decisive breakthroughs. So far, no team has been able to maintain a stable controlled fusion that emits more energy than it consumes.

The Lawrence Livermore Laboratory near San Francisco uses one of the most powerful lasers in the world for nuclear fusion. Researchers use it to bombard the isotopes of hydrogen, tritium and deuterium, trapped in a capsule the size of just 2 millimeters. At a temperature of about 60 million degrees Celsius, hydrogen isotopes fuse to form helium and lose a small part of their mass in the form of radiation.

“Just a matter of time”

According to the Financial Times, 20 percent more energy has been generated recently than is invested. US Secretary of Energy Jennifer Granholm spoke of a “major scientific breakthrough” that should be announced on Tuesday. It did not give any other details.

“For most of us, it was just a matter of time,” the Washington Post quoted a senior scientist at the facility as saying. Lawrence Livermore’s lab has not yet officially commented on the findings. “This is an important milestone on the road to energy fusion. We can be proud of achieving this in the United States,” David Edelman of TAE, which also researches nuclear fusion, told the paper.

The Iter reactor, the world’s largest fusion reactor, is currently being built at Cadarache in southern France. According to the latest information, it is supposed to come into operation by 2028 and supply electricity from the middle of 2030. In addition to the European Union, Great Britain, Switzerland, China, Japan, South Korea, Russia and the United States also participate in the billion euro project.