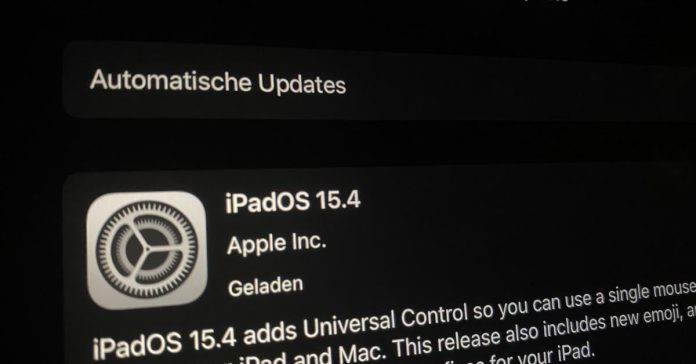 IPadOS 15.4 comes with lots of small bug fixes and some new features. But it’s not a huge hit – it’s probably meant for iPadOS 16.

And these are the innovations in iPadOS 15.4

SharePlay sessions can be started directly from supported apps, and detour via Facetime is not necessary. In addition, Siri can provide time and date information on the iPad Pro with the A12Z Bionic chip or higher when the device is offline.

In addition, Siri now has an additional voice, but only in English.

Some will also be happy to know that translation of the Safari website now supports Italian and Chinese. The Podcasts app also provides a filter for episodes that have been played, not played, saved, or downloaded starting with iPadOS 15.4. Hopefully this helps manage the huge pile of podcast subscriptions that some have accumulated.

Also, the Shortcuts app now supports tags in Reminders. When creating and editing shortcuts, tags can be added, removed, or queried.

The keyboard no longer inserts a period between typed numbers

The on-screen speaking feature may be exited unexpectedly in the Books app.

What else did you discover in iPadOS 15.4? Write it in the comment box at the bottom of the article.