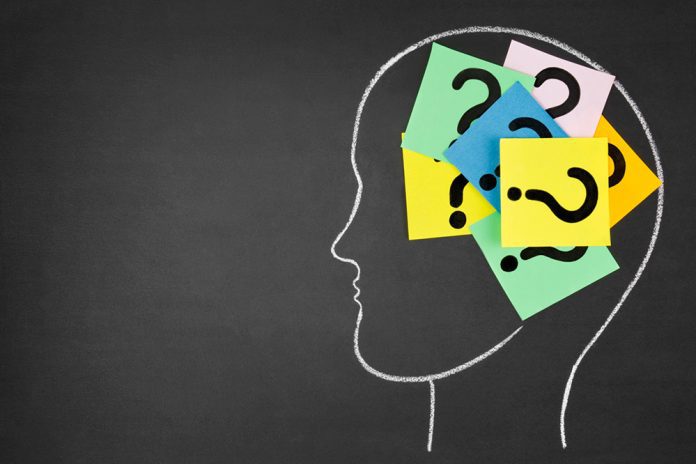 Surprisingly similar: Amyloid beta and abnormal tau proteins can build up in the brains of people with Down syndrome. As in Alzheimer’s dementia, these plaques can pass on their misformation to other proteins — they are prions, infection tests with cell cultures have now shown. This may explain why people with trisomy 21 develop dementia earlier. Although Alzheimer’s disease and Down syndrome dementia have very different causes, the mechanisms of neurodegeneration in the brain appear to be similar.

more than Alzheimer’s dementia Nerve cells in the brain die, causing the mental faculties of the sufferers to gradually deteriorate. Amyloid-beta (Aβ) and tau proteins, which build up as plaques and fibrils in the brain, are considered triggers of the disease. Enrich and disrupt neuronal connections. These misshapen proteins are now known in Alzheimer’s patients prions They are classified as infectious proteins that can force normal proteins into the same distorted form.

Prions also in Down syndrome?

But Alzheimer’s isn’t the only neurodegenerative disease in which faulty proteins are involved: It’s also common in people with Down syndrome. form of dementia It could be due to such prions. About half of people with trisomy 21 experience a gradual Alzheimer’s-like breakdown of brain cells after the age of 40. They also form plaques and fibrils of the amyloid-beta and tau proteins. However, it was not previously clear whether these proteins could impart their misconfiguration.

For their study, researchers led by Carlo Condello of the University of California, San Francisco, examined the infectious capacity of protein plaques in Down dementia in more detail. To do this, they isolated amyloid and tau proteins from brain tissue samples from 28 deceased people with Down syndrome and 14 samples from healthy controls. They added the resulting protein solutions at different dilutions to human cell cultures.

See also  Causes may not be identified

Error in transmission can also occur in cases of lower dementia

The result: “With few exceptions, we measured robust infection of amyloid-beta prions and tau in nearly all samples from patients with Down’s,” Condello and colleagues report. Unfolded proteins from tissue samples also caused disruption of amyloid beta and tau proteins in previously healthy cell cultures. “This confirms that dementia in Down syndrome is a double prion disease like Alzheimer’s disease,” the team said.

Explanation of dementia tendency in trisomy 21

The study also confirms a common hypothesis about how Alzheimer’s disease develops in the brain. Accordingly, misfolded amyloid-beta appears early in the course of the disease and then begins to form unfolded tau prions. In accordance with this idea, we found solid levels of beta-amyloid prions but negligible levels of tau prions in two of the youngest individuals with Down syndrome (19 and 25 years old).

The fact that the disease begins in amyloid prions could explain why people with Down syndrome often develop dementia: The gene for amyloid-beta proteins is located on chromosome 21, which people with Down syndrome have in triplicate. As a result, they produce much more beta-amyloid than neurotypical people, which puts them at greater risk for developing harmful protein plaques early in life.

It can be cured one day

By discovering more about the course of Alzheimer’s disease in people with Down syndrome, researchers benefit from one thing in particular: In trisomy 21, high prion concentrations can be detected at an early age. According to Condello colleague Stanley Prusiner, it is often difficult for people with Alzheimer’s disease to distinguish which age-related changes in the brain are due to prion activity.

According to Condello, it could help people with Down syndrome to learn more about how Alzheimer’s disease develops, and so perhaps find a treatment that can prevent the disease from developing in the first place. (Proceedings of the National Academy of Sciences, 2022, Available here. doi: 10.1073/pnas.2212954119)

Cowell: University of California – San Francisco, Proceedings of the National Academy of Sciences

health. WHO warning: “The Covid-19 pandemic is not over yet”