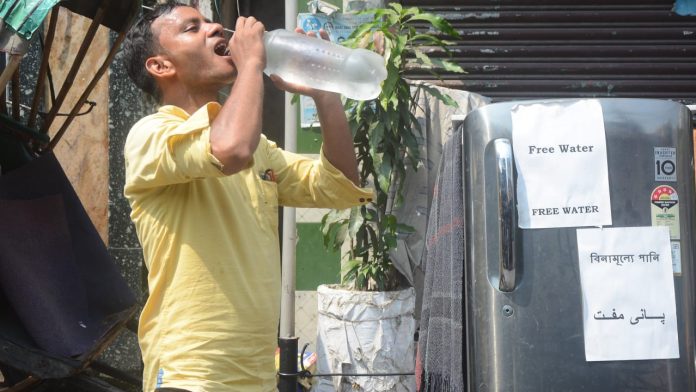 the weather is hot! too hot.

In India, millions of residents are currently experiencing an early heat wave with temperatures sometimes exceeding 45°C. Meteorological Service Chief Mrutongai Mohapatra said on Saturday that northwest and central India had the hottest April since weather records began 122 years ago. In more than two dozen locations, the agency reported high temperatures in excess of 45 degrees on Friday, with Banda in the northern state of Pradesh being the hottest place in the country at 47.4 degrees.

► Mohapatra warned that the heat wave could intensify in the coming days, with temperatures exceeding 50 degrees Celsius in the north. May is usually the hottest month of the year.

There are also power supply problems in several states, local media reported. The motive is the increased consumption of electricity, which led to a shortage of coal. Intermittent power outages and water shortages occurred in many areas, including Delhi. To plug the bottleneck, the authorities used additional trains to transport coal to the affected areas.

Such heat in general is not unusual in southern Asia. But it is currently hitting the region much earlier than usual, as these high temperatures are often only reached in May and June.