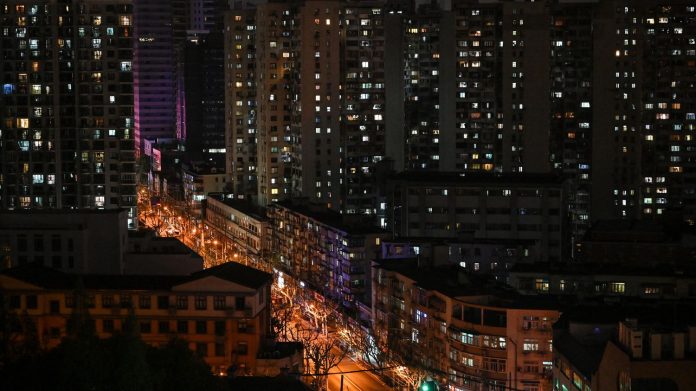 After eleven days of strict confinement in Shanghai, the protest is beginning to express itself. Residents even started yelling at the windows of their apartments.

Screams and whistles reverberate through the bars of buildings in this area of ​​Shanghai. Residents went to the windows of their apartments to denounce the strict siege imposed on them by the authorities. Pictures of this sequence were posted on Saturday, April 9, on Twitter. The scene is unprecedented in China, where this kind of protest is extremely rare. Chinese social media censorship generally forbids this type of expression.

After several days of confinement, the residents of the neighborhood unleashed their anger, tired of the extremely harsh health restrictions. The author of the video says: “At first some people screamed, then all of a sudden everyone started screaming. Because all these people don’t know how long this confinement will last and why the action was taken. If it goes on for so long, there will be problems.”

what?? This video was taken yesterday in Shanghai, China, by the father of one of my close friends. I validated it: people are screaming out of their windows after a week of total shutdown, and they don’t leave your apartment for any reason. pic.twitter.com/iHGOO8D8Cz

Stress increases, especially due to lack of food. In some neighborhoods, demonstrations and anger of residents were reported. “I don’t even care if the Communist Party arrests me. Besides, where is communism? I no longer have a way to live. My shop is closedunleashed a visibly exhausted man.

Concerned about the challenge to the “Zero COVID” policy, local authorities announced Monday morning the division of the city into three sectors – a confined zone, a control zone and a prevention zone – suggesting that some Shanghainese residents can regain their freedom of movement. It remains to be seen when the procedure will be implemented in practice.

Eight weeks on the diet allows you to look three years...