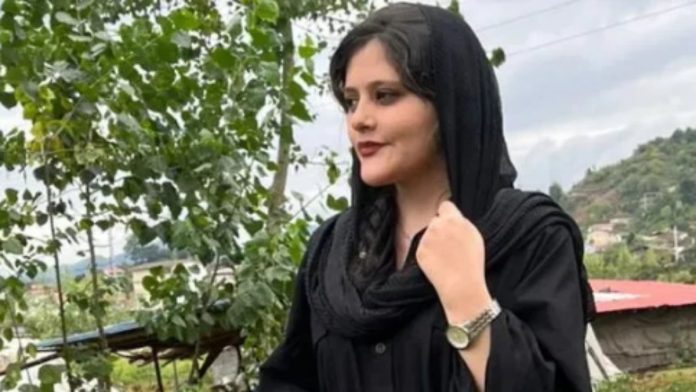 While visiting Tehran, 22-year-old Mahsa Amini was arrested by morality guards and taken to a police station. Two hours later, she was brain dead. The police talk about a sudden heart attack, but the family is sure: the young woman was severely abused.

The fate of 22-year-old Mahsa Amini is causing panic and outrage in Iran. According to a report by the IranWire portal, the young woman was so mistreated by the Iranian morality police that she is in a coma in a Tehran hospital. A photo that went viral on social media shows Amini on a ventilator in a hospital bed. According to the report, she no longer had any brain activity after developing acute heart failure.

According to her brother Kiarach, the young woman from Saqqaz city in Iran’s Kurdistan province was visiting Tehran with her family. On Tuesday evening, she was arrested by the Etiquette Squad for not wearing a headscarf as required. With other women, she was taken to a police station, where she was to undergo one hour of “education and training procedures”.

According to her brother, she was taken out of the building in an ambulance two hours later. Doctors at the hospital told him that Amini had had a heart attack and had died of a brain injury. Police confirmed an incident at the center on Thursday, but did not name the person or the reason for the arrest. Police denied any allegations of abuse.

But according to IranWire, eyewitnesses reported that Amini had indeed been beaten by the police in the minibus. She was subjected to further abuse at the station. Brother Kiarach was waiting in front of the building when a woman came out and said, “Someone inside was killed.” Shortly thereafter, the ambulance stopped in front of the building.

In the hospital, Kiarsch said, he saw clear signs of ill-treatment. The report stated that “her face was swollen and her legs were bruised.” He was forbidden to take pictures. He and his family are under police surveillance. However, according to Kiarch, he filed a complaint with a court in Tehran. “I will not allow this matter to end in silence,” he said. “I want everyone in Iran to know what happened.”

Amini’s fate caused panic on social media. Iranian-American journalist Negar Mortazavi posted a photo of a 22-year-old boy from the hospital and spoke of outrage on Twitter in Farsi and Instagram. Iranian activist Masih Alinejad denounced “the brutality of the Islamic Republic of Iran, which has a seat on the United Nations Commission on Women’s Rights.”