Home World Iguana species were thought to be extinct – until now 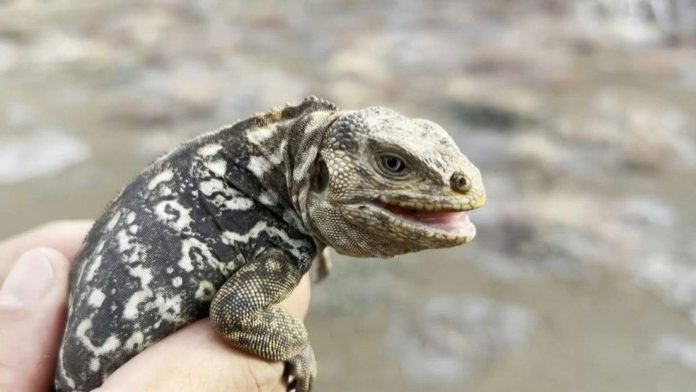 A species of iguana was once thought to be extinct in one of the Galapagos Islands – and the resettlement project is now a success. This gives hope to other species.

Ecuador has declared another victory in the battle to protect species in the Galapagos: The wild iguana, which became extinct on the island of Santiago more than a century ago, has bred naturally after reintroduction there, the environment ministry said Monday (local time) with… The director of the Galapagos National Park, Dani Rueda, called the conservation programs a “great achievement.”

According to the Department of the Environment, a US research expedition reported in the early 1900s that there were no more land iguanas (Conolophus subcristatus) on the island of Santiago. British naturalist Charles Darwin had reported several wild iguanas in Santiago in 1835 during his famous research. Then, in 2019, the National Park Department brought more than 3,000 iguanas from a nearby island to Santiago to help restore the ecosystem there.

The Galapagos Islands are a World Heritage Site

“After 187 years from Darwin, we are once again seeing a healthy population of wild iguanas with adults, juveniles and newborns,” Rueda said. This success strengthens hope that the native species can be saved through relocation.

The Galapagos Islands have been a UNESCO World Heritage Site since 1978 due to their unique biodiversity. The archipelago, located a thousand kilometers off the coast of Ecuador, is home to the largest number of endemic species in the world – species that are found only there. It was made famous by Darwin, who also based his theory of evolution on his observations of the Galapagos Islands.