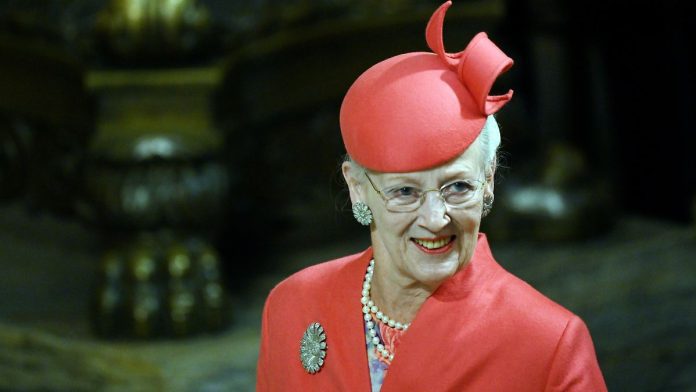 “I underestimated it”
Queen Margaret apologizes

It is rowdy in the Danish royal family. Prince Joachim and his wife Marie aren’t quite as excited about going “only” about life as Count and Countess von Monpezat from now on. But Queen Margaret made her decision, even if she somehow regretted it.

After Prince Joachim of Denmark and his family were stripped of their titles, the Danish royal family did not come to rest. Those involved have also publicly commented on the decision in the past few days. It is clear that Queen Margrethe II of Denmark in particular was trying to limit the damage.

In an official statement, the Queen now speaks of a “backlash” caused by her decision. “Of course it affects me,” Margaret says.

But she sees stripping her son and his family of their titles as “essential” to the future of the monarchy, she says. “Finding the right moment to make difficult decisions (…)” is always complicated, the 82-year-old adds.

Margaret’s son, Prince Joachim, known as Count von Monpezat since the beginning of the year, lamented to the Danish newspaper BT that he had not spoken to his mother or Crown Prince of Denmark Frederick and Mary since Margaret’s decision. “It’s also family. Or whatever we want to call it,” said the prince, who was clearly remorseful and moved by the events.

Princess Marie, wife of Joachim, said, according to BT, that their children were “openly displayed” at school. As parents, they didn’t have the time to “prepare them for change and people’s reactions.”

On September 28, Instagram announced that the addresses and addresses of several members of the Danish royal family will change. From January 1, 2023, Joachim and Marie will be called Count and Countess of Monpezate. The children of Joachim Nikolai (23), Felix (20), Henrik (13) and Athena (10) were described “only” as a “privilege”.