Home science Hospitals are no longer falling and pollution is increasing 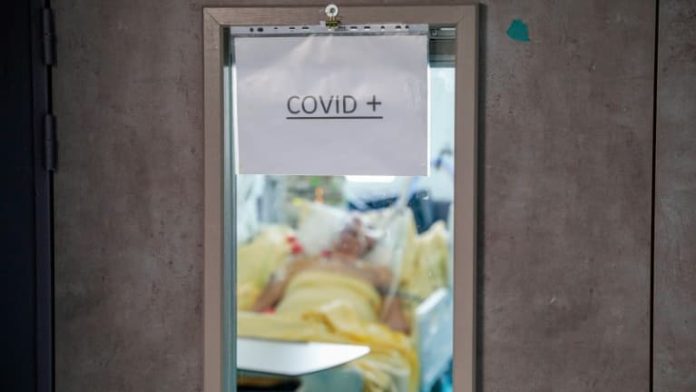 An average of 98,928 new cases were recorded over the past seven days, compared to an average of 69,249 cases last Tuesday.

The average number of positive Covid-19 cases continues to increase while hospitalizations are no longer declining, according to figures released Tuesday by health authorities.

The number of new cases recorded on Tuesday reached 180,777 cases, compared to 116,618 seven days ago, according to public health France. The seven-day average, which mitigates daily shocks, was 98,928 cases, compared to 69,249 cases on average last Tuesday and 54,609 the day before.

At the same time, the number of Covid patients in critical care, a highly scrutinized indicator, continues to decline, with 1,604 people in intensive care units, compared to 1,632 the day before and 1,783 last Tuesday.

Hospitals are receiving a total of 20,742 Covid patients (including 1,562 new patients), compared to 20,919 patients on March 15, marking a slowdown in the decline in the number of people hospitalized.

In France as elsewhere in Europe, the fifth wave of Covid-19 is not ending: what is now worrying is hospitalization, which is no longer declining, reviving criticism over a premature lifting of measures by the government.

At a press conference on Tuesday, the World Health Organization (WHO) said several European countries, including Germany, France, Italy and the United Kingdom, had lifted their restrictions too “brutally”. Measures to combat COVID-19 faced a sharp rise in cases under the influence of sub-variable BA.2.

The Director of the World Health Organization in Europe, Hans Kluge, said he was “vigilant” about the current epidemiological situation on the continent, while claiming to remain “optimistic”.

Even more worryingly, the number of new hospital admissions has stabilised. “For two days, the number of hospitalizations has not decreased,” Health Minister Olivier Veran noted on Monday. Paris.

During the past 24 hours, 146 deaths were recorded, and 141,218 people died since the beginning of the epidemic more than two years ago in hospitals, nursing homes or other medical-social institutions due to infection with the Covid-19 virus.