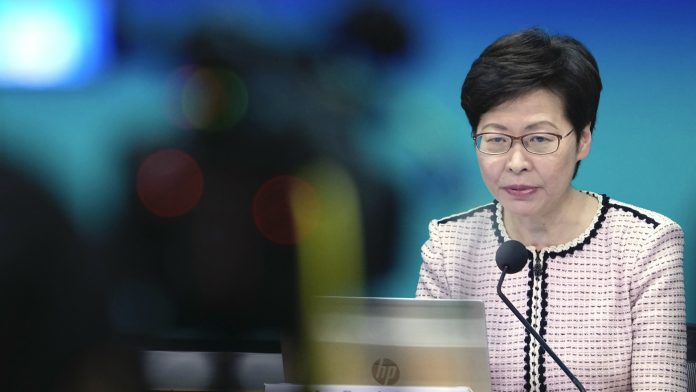 The suppression of mass protests, the massive restriction of liberties and the suppression of dissent were within her tenure. Controversial Hong Kong Prime Minister Lam announced her resignation.

Controversial Hong Kong leader Carrie Lam will not seek a second term and will retire on June 30. As the 64-year-old explained to the press in Hong Kong, her decision was made long ago. At the beginning of last year, the central government in Beijing informed of its plans.

Lam thanked the Chinese Communist leadership for its “respect and confidence” in its leadership in China’s Special Administrative Region. The unpopular politician has put an end to speculation about whether she will run again.

During her five-year tenure, there were ongoing mass protests and the biggest political crisis in the former British crown colony since its return to China in 1997, which ended with massive restriction of political freedoms and suppression of democratic opposition. .

Her resignation, more democratic participation and free elections were the main demands of protesters in their protests that temporarily paralyzed Hong Kong in 2019.

The Chinese leadership responded in July 2020 with a tough “national security law” that has since squashed criticism and restricted political freedom. Prominent opposition figures were arrested, tried and sentenced while others fled into exile.

Hong Kong media have speculated that her departure will pave the way for today’s number two, Chief Executive John Lee. The 64-year-old was the head of security during the mass protests. As usual, Hong Kong’s next prime minister will be appointed in May by a mostly pro-Beijing council.