Home science Health hazards: This is why raw chicken and poultry should not be... 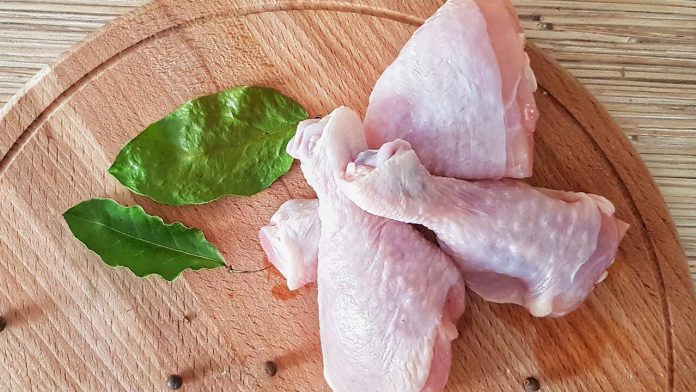 Raw poultry can be contaminated with pathogens, even if it has been frozen. Salmonella, for example, is not killed even when the temperature is below zero and can remain infectious for a long time.

In April 2021, the Federal Institute for Risk Assessment (BfR) reported that about 20 cases of salmonella poisoning had occurred in six federal states in the past few months, which related to several other cases from Europe and Canada. So the Research Center explicitly once again stated that special attention should be paid to healthcare when preparing raw poultry and that food should always be adequately heated (you will find more advice below).

Wash the chicken? D rather not!

There is still a very common mistake in the home kitchen. It can also be found in many recipes that say: “Make sure to wash the poultry meat before preparing it.” You can safely set this rule aside. Even establishments like BfR explicitly caution against washing poultry under the tap before cooking or grilling.

The reason: Campylobacter or Salmonella bacteria, which can often be found in raw chicken, but also in turkey and duck meat. Corresponding contamination occurs relatively often: for example, the German Food Control Authority reported that in 2018 more than 5% of chicken meat samples were examined. Salmonella were found. Until every second sample contained Campylobacter.

If raw meat is washed, the bacteria are distributed unnecessarily in the kitchen and other dishes, as the British warn National Health Service (NHS). Germs can spread widely through splashes of water and onto work surfaces, clothes, and cooking utensils. Above all, there is the risk of contaminating other foods.

Campylobacter and the danger of salmonella

Children and the elderly in particular are more susceptible to salmonella infection. On the other hand, Campylobacter bacteria can cause food poisoning in the worst case. Few cells are enough for this, British NHS doctors have warned.

Campylobacter is the most common cause of food-related intestinal disease in this country. The most common cause of infection: poultry that has not been properly cooked. Campylobacter poisoning is manifested by severe abdominal pain Diarrhea And vomiting. The Federal Institute for Risk Assessment (BfR) also warns of dangerous long-term effects such as arthritis or Guillain-Barré syndrome.

Do not wash poultry, wash your hands!

Quiz on the topic on oekotest.de:

A 10-minute workout to flatten the stomach

Mad cow disease due to Covid vaccine? Shock Certificate from...