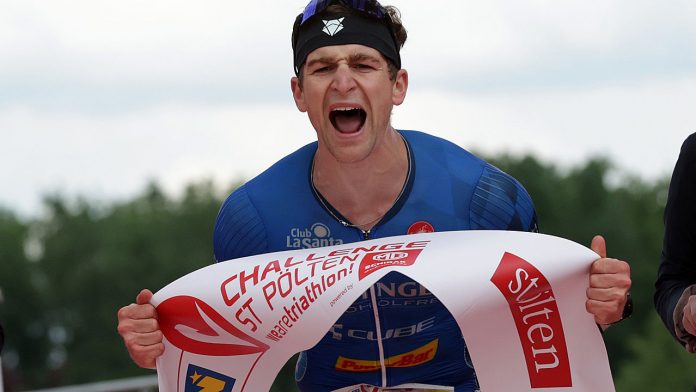 The victories of the St. Pölten Challenge this year go to Germany.

With Frederick Funk and Anne Haug, two players from the neighboring country of Austria won the triathlon for both men and women.

Among the men, Funk won with a time of 3: 44.49 hours, ahead of fellow countrymen Jan Stratman (+4.36 minutes) and Clavel Morris (+5.07). After the swim, German Timo Hackingus was still ahead, but Funk raced ahead on the bike and made a lead for more than four minutes, which he did not lose in the half marathon.

As the best Austrian, Thomas Stiger took fifth place. Paul Rotman had to give up (back problems). Christian Beringeruber rammed his bike and got off early.

For women, the decision is made for Anne Haug only in an exciting race to the end. In the end, the German defeated Imogen Symonds of Switzerland by 14 seconds. 3rd place goes to Julian Hofer (+4: 47 minutes).

User comments do not necessarily reflect the opinion of the LAOLA1 Editorial Team. LAOLA1 reserves the right to delete Comments without giving reasons, especially if they violate criminal or civil law rules, are inconsistent with public morals, or otherwise conflict with LAOLA1’s reputation. We refer specifically to our Terms of Use in this context. In such cases, the user cannot confirm any claims. Sportradar Media Services GmbH also reserves the right to confirm claims for damages and report criminal law related offenses.

Arsenal before moving with a double package: Odegaard and Ramsdal on...

High level test: 96 with a lot of structure, but little...