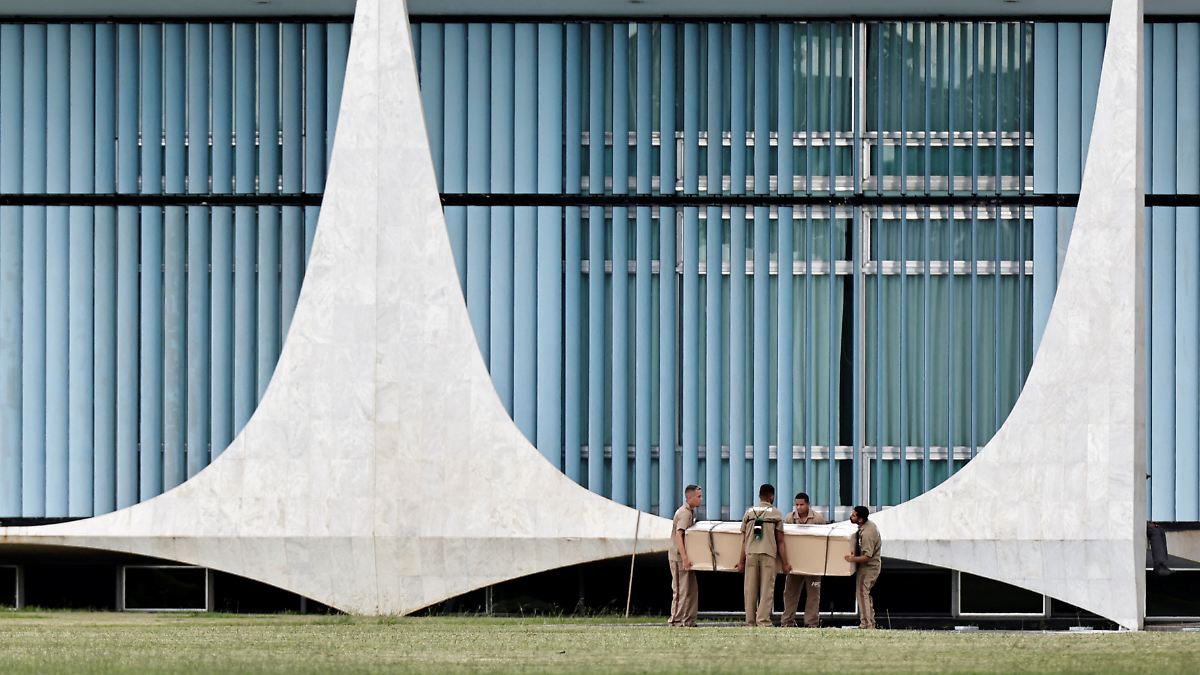 The First Lady is showing off the damage on TV
Did Bolsonaro neglect the presidential palace?

Brazilian President Bolsonaro leaves Lula with a lot of work to do. Obviously, this also includes the presidential palace. The new First Lady shows the TV crew ransacked and run-down rooms.

Brazilian President Jair Bolsonaro appears to have left the official residence of the head of state in Brasília in the worst possible state: New first lady Rosangela “Ganga da Silva led reporters from TV Globo through the Alvorada Palace to review its constitution after the president’s exodus to show the former occupier.

Parts of the iconic building were “dilapidated,” said the wife of new president Luiz Inacio Lula da Silva during the tour, noting torn carpets, broken floors, broken windows and water damage to the ceiling. The huge banquet hall filmed by the TV crew was completely empty, with all the furnishings apparently removed. Rosangela da Silva said an unknown number of pieces of furniture and artwork from the presidential residence were missing. Other tapestries were damaged, and a 19th-century painting lay on the floor. In contrast, the historic library was littered with electronic equipment, from which Bolsonaro delivered weekly video addresses during his tenure, which ended at the turn of the year.

Da Silva announced that she and her husband would first restore the presidential palace and repair the damage. Only after a complete inventory did they want to move into the dwelling. The plan is to place pieces of furniture and works of art on the National Heritage List “so that it will never happen again that the president takes away historical objects belonging to the Brazilian state.”

At the first meeting of his cabinet, Brazil’s new president, Lula, promised to “reconstruct” the country after his bumpy first few days in office. “We are faced with a difficult but noble task,” said the left-wing head of state. “We will have to leave this country better, healthier and more prosperous (…) with better education and a return to fitness.”

Lula, who has been a Latin American left-wing idol for years, won the October 30 presidential run-off by narrowly defeating Bolsonaro. Lula’s government consists of 37 ministers – 14 more than Bolsonaro’s. Among them are 11 women, five blacks and two indigenous people. This, too, is a break with Bolsonaro’s white male-dominated government.

On the other hand, Lula’s government faces major challenges in the politically divided and economically struggling country. It was already struggling with difficulties in the first week: the most important Brazilian stock index fell more than three percent on Monday. Investors reacted nervously to doubts about how Lula would finance his campaign’s social spending given the scarce resources in the treasury.