Home World Cheryl Johnson: This woman is taming election chaos in the US Congress 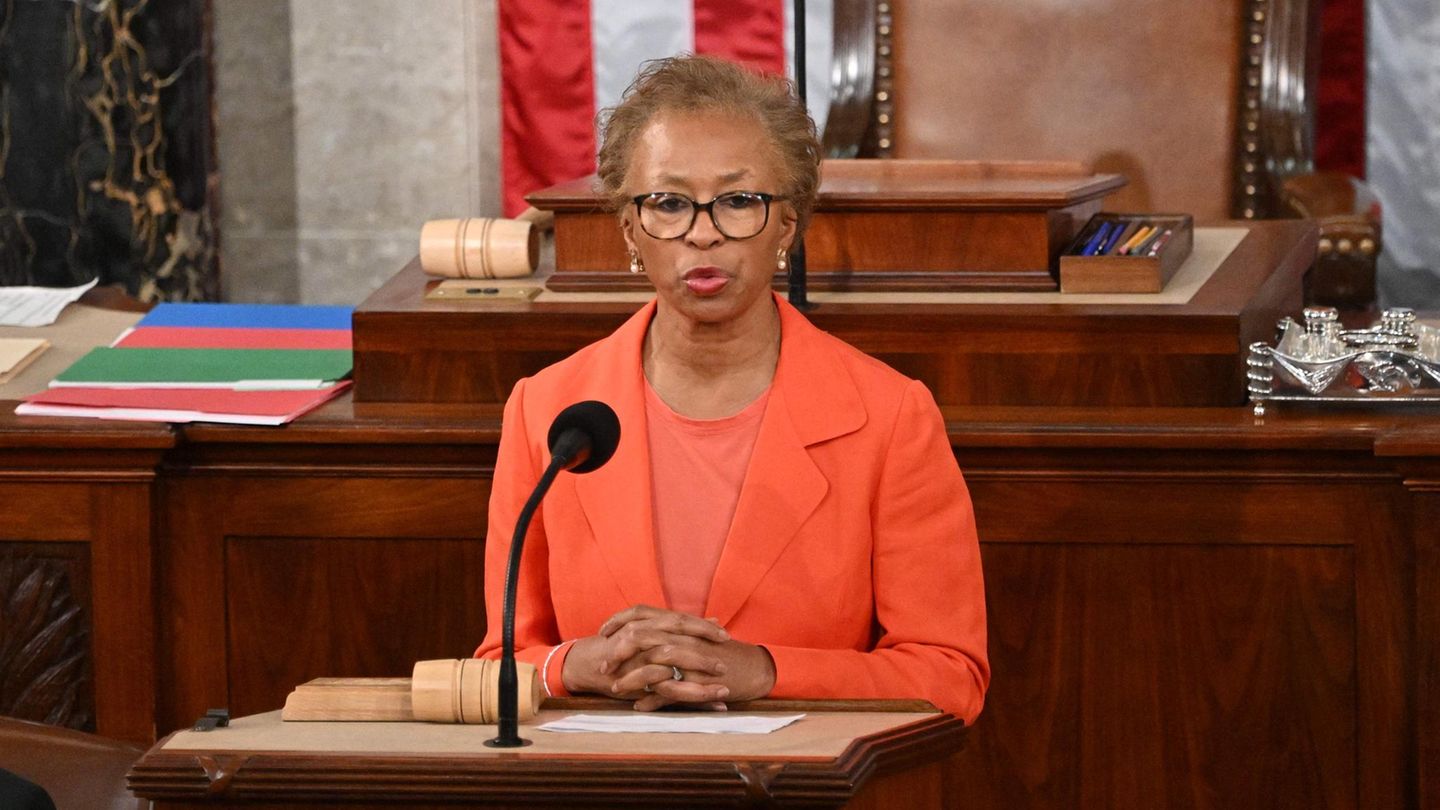 The Congress
Woman with a Hammer: Cheryl Johnson Tames Election Chaos at the Capitol

Cheryl Johnson has achieved unprecedented fame these days. As a Secretary of the US Congress, she has been leading the Speaker of the House election for four days. And showered with praise. Who is this lady?

The embarrassing scene in the Washington Capitol, where Republicans are trying to elect Majority Leader Kevin McCarthy as Speaker of the House, lasted three days. But because a small group of pro-Trump opponents stubbornly refused to support him, eleven ballots have passed without success. An almost historic disaster for the Grand Old Party, as they like to call themselves.

Cheryl Johnson is the only constant in this tragedy

The only constant in this tragedy is Cheryl Johnson, who swings the hammer night after night, ballot after ballot, to bring the voting chaos at least a touch of order and dignity. A mission Johnson may not have chosen. Instead, she owes her job. Johnson is the house clerk. The Secretary, if you will: the Supreme Secretary of the US Congress.

In normal times, it falls to the incumbent to preside over the first session after the election of the newly formed chamber, in which the speaker is elected. A formality indeed – and certainly not a job that makes you famous.

But in American politics, times are not normal right now. As a result, at the end of the third day of voting, an Arkansas representative, French Hill, stood up and began his nomination of Kevin McCarthy with thanks: “Let me express my deep appreciation and appreciation for all present for the work you are doing, Madam Clerk,” he said.

Congressional election drama: Why the “Kevin” debacle is a basket case for Donald Trump

The House responded with a standing ovation. One even shouted, “Johnson for the Speaker,” which elicited roaring laughter. The famous woman did not show anything, clasped her hands, smiled politely and continued on. You already know that now. In the days before her, several times she was addressed as “Madame Speaker” rather than “Mrs. Clerk”.

Johnson was appointed by Nancy Pelosi

Normally, a secretary is an office unknown in the protocol of American democracy, an administrative position that involves, among other things, the certification of the passage of all bills and resolutions by the chamber. Johnson has held the position since 2019. At that time she was nominated by Nancy Pelosi and appointed again in 2021. The petite, nimble woman hails from New Orleans and holds a BA in Journalism and Mass Communication from the University of Iowa and a law degree from Howard University. Since 1789, there have only been four women who have held the title of household clerk. Johnson is the second African American woman to hold the position.

Johnson is no stranger to parliamentary turmoil. For example, she was twice charged with delivering indictments against former President Donald Trump.

Personally, no statements about the current election chaos come from her lips. This alone precludes the neutrality of her office. Its mission is particularly commendable, since there are few historical precedents and no formal rules it can abide by. She has nothing at her disposal except for her standing desk, microphone, and maple mallet, which she can use to call MPs to order.

But her demeanor, calmness and determination helped ensure Johnson emerged as a rock in a turbulent election session. One almost gets the impression that the complete collapse of the democratic protocol in the United States depends only on this energetic little woman with a hammer.

Sense of justice and order

A burden recognized across party lines by all members of the House. “She is exceptional, has no rules to rely on, and has a sense of justice and order,” Democratic Rep. Ro Khanna tweeted Thursday.

Still, Johnson should be happy if she’s a little less in the spotlight in the future. Her term is about to expire. The next secretary is nominated by the next Speaker of the House. But that could take a while: In 1856, the House of Representatives needed 133 ballots to choose a president.