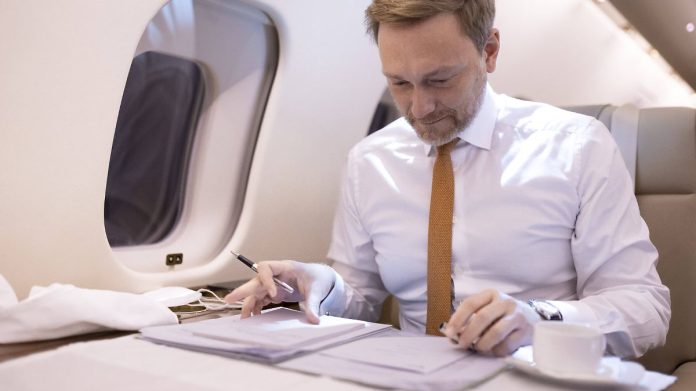 Finance Secretary Lindner has to forcibly extend his stay in Washington for a few hours: a government plane cannot take off due to a defect. Therefore, the minister will arrive in Berlin by the scheduled plane.

A malfunction in the government plane delayed the return of Finance Minister Christian Lindner from Washington. Originally, the machine was supposed to start on Friday afternoon (local time). Because of the glitch, Lindner wanted to switch to a scheduled plane during the evening. According to the information from n-tv, he is traveling in economy class plus. The rest of the delegation is scheduled to leave on a government plane at noon on Saturday. Lindner participated in the fall conference of the International Monetary Fund in the United States.

This isn’t the first time a flaw in a government machine has spoiled a minister’s timeline: Federal President Frank-Walter Steinmeier was briefly stuck in Ethiopia in 2019, and then-Chancellor Angela Merkel was absent from the family portrait at the G20 summit in Argentina in 2018. The then finance minister, Olaf Schultz, had to return from the International Monetary Fund conference in Bali on a scheduled flight.

Nor is it the first time Lindner has stumbled in Washington: In April, the FDP politician had to forcibly extend his stay there due to the coronavirus.