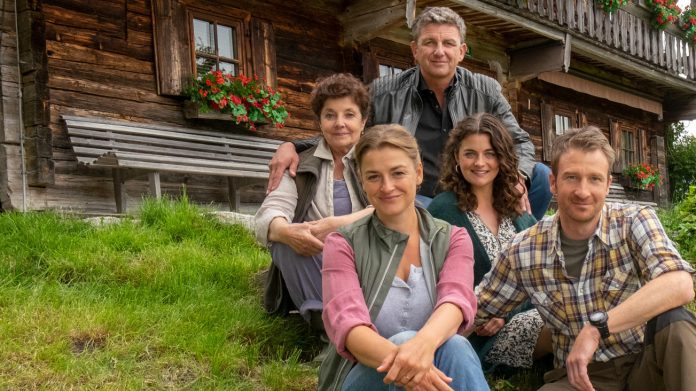 The finale of the fifteenth season, “BirgDoctor,” marked the end of two actresses. Hans Sigl said goodbye emotionally – and already cast a glimpse into the future.

Nearly six million people watched the final season finale of “Der Bergdoktor” on ZDF yesterday. They also saw that some of the series’ characters were about to end. For them, the fifteenth season means – that’s for sure – goodbye to the popular house look.

But first things first: Anne Martin left. “Der Bergdoktor” had to say goodbye to Franziska and his son in “What Remains”. Not fiction, but fact, because Hans Siegel has already confirmed the farewell to the actresses. “This season we bid farewell to two colleagues. Ines Lutz and Simon Hanselmann. You have been and always will be part of our little company on the mountain. Thank you and your art,” he wrote in a long message to his 145,000 fans. on instagram.

However, the 52-year-old is not the only one commenting on the news. As actress Ines Lutz stated via social media: “Dear audience, dear team, dear colleagues – thank you for your love and trust over the past few years, you are a gift,” the 38-year-old said. Her colleague Rebecca Emmanuel commented on the Insta post with the words: “Dear Ines, you are already missing, but it is very good that you have been there for such a long time.”

The production company, “BorgDoctor”, announced its separation from the actresses. “Okay, so now Ann and Francesca have said goodbye. Dear Ines, dear Simone, thank you 1000 for the wonderful cooperation, your happiness and your friendship. We will miss you very much,” reads an Instagram post.

But not everything is as tragic as it appears in his farewell statements. Anyway, Hans Sigl promises: “We can continue shooting. It will be 8 x 90 minutes this summer. Nobody knows what will happen at that time. I also hope good things (…) because it has to go. Going,” writes the star Undisputed series of ZDF with upcoming 16th season show “Bergdoktor”.

“Henning Baum Mission”: At RTL, the police are still in black...