Home Tech Fall Guys – A sneak peek into the highlights of the big... 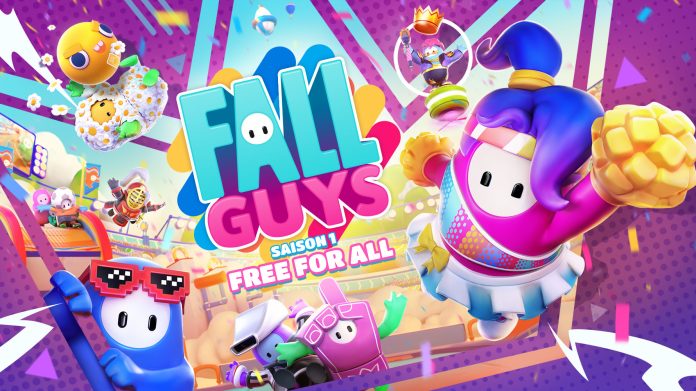 The Fall Guys online multiplayer scene created quite a buzz in 2020. Everyone has pretty much thrown themselves into the fight for the crown. Well, as long as you have a PC or Playstation. Because Fall Guys was initially blocked from all Xbox and Nintendo players. But that will change soon! Since the big announcement flow, we’ve also gotten a glimpse of a new mode along with the Xbox and Nintendo Switch release date.

Fall Guys will be available for free on June 21

In a month it’s time! Fall Guys will be released for free on June 21, 2022 for all consoles and PCs. Publisher Mediatonic revealed this in a presentation on May 16, 2022. But the switch to free play shouldn’t remain the only good news. Because Fall Guys is also equipped with cross-play and cross-advance progression, so that all players really can hunt for the crown together.

All those who have already grabbed their wallets for Fall Guys should not go empty-handed. You will receive a so-called Legacy Pack, which comes with cosmetic add-ons and access to the first season pass, which is subject to other fees. While Fall Guys will run at 60 fps on Playstation 5 and Xbox Series, the Nintendo Switch only runs at 30 fps on both handhelds and peripherals.

In addition to an insight into the new levels, there was also a brief look at the new skins. So we can look forward to Ezio from Assassin’s Creed and Mechagodzilla, among others. As a new game mode, there has been a short preview of the Build Mode, where players can build their own levels in the style of Super Mario Maker. However, this device is not expected to be available on June 21, 2022. If you want to go through the entire presentation again, you can find it on YouTube or in the video below, enjoy!

The hit PS5 game has been disassembled by fans

Apparently, the Unreal Engine 5 was used