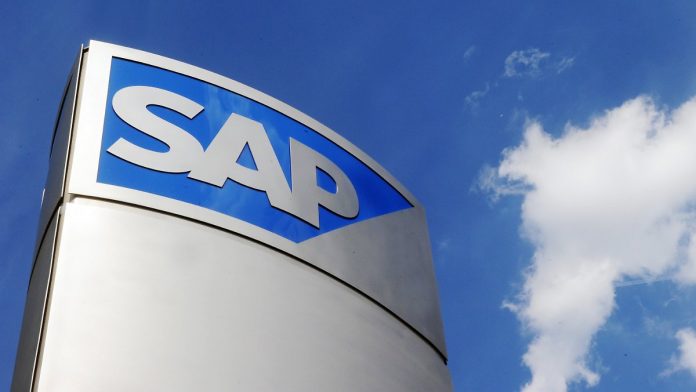 SAP exceeds expectations in a chain

SAP, Europe’s largest software maker, is earning much more profit than expected in the third quarter and raising business expectations. The cloud business in particular is creating a sales bubble.

The SAP software group raised its targets for the third time in a few months. Given the expected incremental revenue growth in the cloud business, the Walldorf-based Dax Group expects higher-than-previous earnings and sales for the full year, SAP announced Tuesday evening.

“It’s clear that our strategy is working,” said CEO Christian Klein. “We are seeing record demand for our apps and platform.” Business in the cloud is becoming increasingly important to an Oracle competitor. Currency-adjusted operating profit is expected to be between 8.1 and 8.3 billion euros in 2021.

Recently, SAP raised its profit forecast in July to 7.95 to 8.25 billion euros. Currency-adjusted cloud and software revenue is expected to increase to between €23.8 and €24.2 billion for the year as a whole. So far, SAP aims to acquire €23.6 to €24.0 billion.

“Our cloud business is growing faster and faster, and it has improved our outlook for the full year,” said Luka Mucic, chief financial officer of SAP. Revenue from cloud alone is expected to rise to 9.4 to 9.6 billion euros in 2021 – also more than previously forecast. However, SAP is still far from its goal of increasing cloud revenue to more than €22 billion by 2025.

The board wants to align the nearly 50-year-old company toward the cloud and leave the traditional software business with licensing models for server-based computer software. The Business Transformation Program aims to attract more of the nearly 400,000 corporate customers to the data cloud and encourage them to use online rented applications, resulting in a turnaround in sales.

SAP announced that supply continues to meet growing demand. In the third quarter, currency-adjusted earnings according to preliminary figures rose 2% to €2.10 billion. After adjusting for currency impact, sales increased by five percent to 6.84 billion euros. The so-called cloud backlog – a type of backlog of orders for the next 12 months – increased by nearly a quarter to €8.17 billion. With this metric, SAP aims to provide investors with insight into the progress of moving business to the cloud.

Five years of Monsanto – a nightmare for Bayer