Home science Excessive consumption of fish is associated with an increased risk of skin... 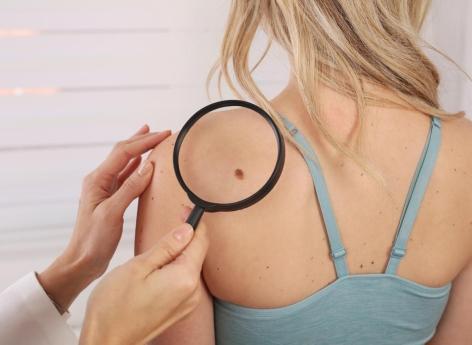 “Research evaluating the relationship between fish consumption and skin cancer risk has been scant and inconsistent. Few studies have distinguished between different types of fish consumption and skin cancer risk,” said scientists from the School of Public Health at Brown University (USA). That is why they decided to make a publication in the magazine Cancer causes and control June 9.

For the purposes of this study, researchers analyzed data collected from 491,367 adults, with an average age of 62, recruited as part of a group called the “NIH-AARP Diet and Health Study,” which was conducted between 1995 and 1996. Average Their consumption of fried fish, non-fried fish and tuna daily for the previous year, as well as their serving size. The authors also calculated the incidence of new melanomas that developed over a 15-year period using data from cancer registries.

According to the results, 5034 participants developed malignant melanoma during the study period and 3,284 cases of melanoma in situ (stage 0), that is, abnormal cells in the outer layer of the skin, were identified. The team explained that there is a link between increased fish consumption and the risk of skin cancer and melanoma in situ.

According to the work, compared to people whose daily fish consumption was 3.2 grams, the risk of developing malignant melanoma was 22% higher in those whose daily consumption was 42.8 grams. The researchers also found that volunteers who ate an average of 42.8 grams of fish per day had a 28% increased risk of stage 0 skin cancer. However, consumption of fried fish was inversely associated with the risk of malignant melanoma, but not melanoma in situ. Can we read in the study.

Contaminants present in the fish in question?

“We expect our results to be attributable to contaminants found in fish, such as PCBs, dioxins, arsenic and mercury,” Eunyoung Cho, an author of the study, said in statement. The scientists suggested that more research is needed to investigate which components of fish may contribute to the observed association between fish consumption and skin cancer risk, as well as any underlying biological mechanisms. At this time, they do not recommend any changes in fish consumption.