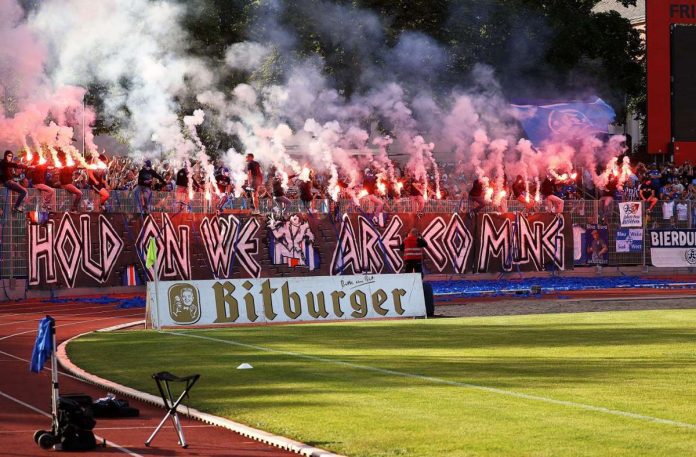 Shortly before the start of the match between the Eintracht Trier and the Stuttgarter Kickers, bouts of fog rose from the far block. Trier police are already checking.

In the final match of the relegation round between the Eintracht Trier and the Stuttgarter Kickers (live tape), Blues fans burned fireworks in the far building of the Moselle stadium shortly before kick-off. Trier police have already begun their investigations.

Many Stuttgarter Kickers fans sat on the fences of the guest building and held the blazing fires in their hands. The incident did not affect the start of the match, referee Christian Balwege managed to blow the match whistle at 7 pm, but the fog did not escape the attention of the Trier police. Shortly after the game started, officials made it clear in a tweet on Twitter that the bombers likely wouldn’t get away with any scratches, because the police filmed the scenes.

After the start of the match, the situation in the stands quickly calmed down.