Home World Europe must direct itself towards the Roman Empire 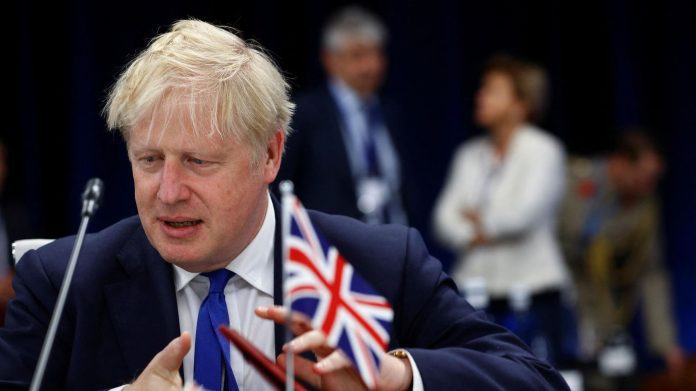 British Prime Minister Boris Johnson supports the French initiative for a new form of cooperation in Europe. Johnson confirmed on Wednesday that he supports French President Emmanuel Macron’s plans for a European political community. After talks between Macron and Johnson at the G7 summit in Elmau on Sunday, the Elysee Palace said the British prime minister had responded to Macron’s proposals with “great enthusiasm”.

Johnson said on the sidelines of the NATO summit in Madrid that the thought of such a project is worth. The prime minister, who has been one of the driving forces behind Brexit, said it should be more about “relationship building” than “new structures”. Johnson suggested taking a cue from the Roman Empire. “I think Turkey should be there, the Maghreb too, I think we should basically restore Marie Nostrum to the Roman Empire,” he explained.

Johnson stressed Turkey’s “critical” participation and also described Ukraine as a potential partner. “The North African coast is also a very important region for the broader European debate,” he added.

Macron’s proposal for a European political community includes a new form of cooperation with potential EU member states. The response should be to the “strategic gap” that arises between the start of the accession process and membership, according to the Elysee.