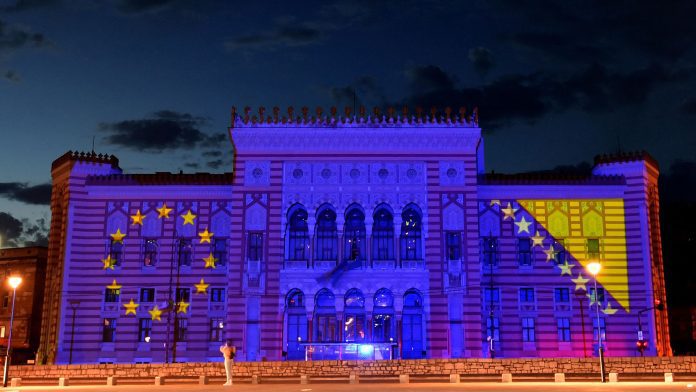 Six years ago, Bosnia and Herzegovina submitted an application to join the European Union. The country is now officially considered a candidate country. This means that only one of the six Balkan countries is still awaiting status.

The European Union has officially recognized the admission of Bosnia and Herzegovina, a country located in the Balkans, to its list of candidate countries for accession. Chancellor Olaf Scholz and EU heads of state and government made a similar decision at a summit meeting in Brussels, as confirmed by an EU official and several diplomats.

European ministers in the European Union had already made a similar recommendation on Tuesday. The reason was also the concern that Bosnia and Herzegovina could turn more towards Russia or China.

In June, following a recommendation from the European Commission, EU countries officially named Ukraine and Moldova as candidates for EU membership. However, accession negotiations will only begin once reform requirements are met. This measure now also applies to the Balkan country of Bosnia and Herzegovina, which has a population of around 3.3 million.

The application was submitted in 2016

In the context of the decision in favor of Ukraine and Moldova, EU countries such as Austria in particular urged that Bosnia and Herzegovina also follow this path. The country was granted the prospect of joining the European Union in 2003 and formally applied for membership in 2016. However, in 2019 it was decided that a country should be granted candidate status only after 14 reform conditions are met. The European Union Commission recently stressed that it is still necessary for the conditions to be met to start accession negotiations.

Of the six western Balkan countries, only the Republic of Kosovo is now not a candidate for accession. However, the country officially applied for EU membership this week.

The European Union makes Bosnia and Herzegovina a candidate for accession

After a headless corpse was found – a roommate confessed