Home science Emmanuel Macron at Cherbourg Hospital, next to the emergency bed 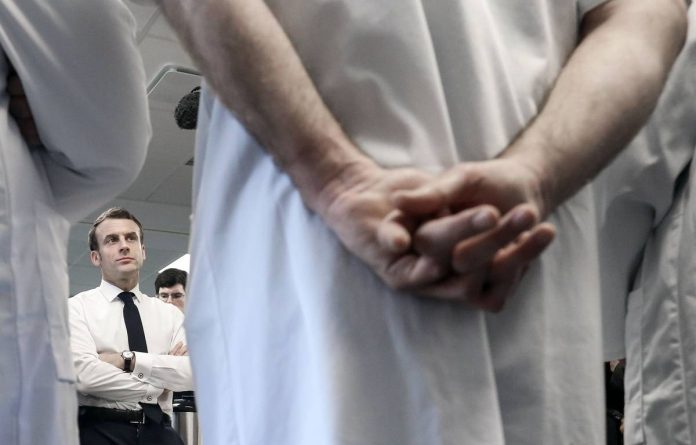 The head of state returned to the field. Less than 15 days before the first round of the legislative elections, Emmanuel Macron is expected to arrive at the hospital in Cherbourg (Manche), this Tuesday, at the end of the afternoon. For weeks, there have been cries of alarm from all over France: Emergencies are cracking.

The President of the Republic is accompanied by the Minister of Health, Brigitte Bourguignon, on “a trip dedicated to accessing urgent and unscheduled care.” They should meet with several Norman health professionals (emergency physicians, nurses, general practitioners, hospital administration and regional health agency, ARS).

Health professionals are apprehensive about the arrival of summer. According to the Association Samu-Urgences de France (SUdF), 120 hospitals will have “serious difficulties” in running their emergency services.

And Cotentin Hospital Center was not spared the crisis. At the beginning of January, the Foundation created a system for organizing the telephone for emergency situations in the evening and at night: it is now necessary to call before obtaining the right to come to the emergency room. The system is now running since Monday from 3pm each day until 8:30am the next morning. It is Samu who ensures the organization of the service and the orientation of patients. This mode of action was encouraged for several months by the ARS in Normandy to deal with the tensions.

In Cotentin, affected like other areas by medical desertification, “the emergency department in Valloni (20 kilometers from Cherbourg) was closed a few years ago,” he recalls. France 3 Normandy. It was replaced by an unscheduled care center which in turn faced operational difficulties on several occasions.

Prime Minister Elizabeth Bourne said on Friday, after a meeting in Matignon with her government, that health was one of the three “emergencies” the government had to address, along with climate and purchasing power.

In the face of the shortage of workers in hospitals, she confirmed that she had asked the “concerned ministers” to “submit proposals to them very quickly to take effective measures for the summer.”

Dyslexia has played an important role in the survival of our...

Minute Doctor! What is the gut microbiota?

A new treatment against an aggressive type of breast cancer authorized...