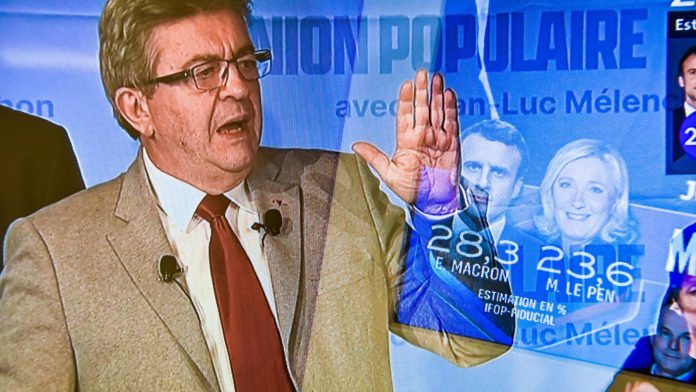 For these reasons, expert de Week finds it “virtually impossible” for NUPES itself to win a majority. “In the best case, they can prevent Macron from winning a majority with a good result. And then he will have to form a coalition in Parliament,” de Week said.

Even if the left-wing coalition does not win a majority in Parliament, it makes sense for the parties involved: “By forming the NUPES, they will have a lot more seats than would otherwise have been the case,” de Week said.

The latest run-off polls, to be held a week later, currently assume the presidential party and its allies will get 250 to 335 seats — they would need at least 289 for an absolute majority. Thus, NUPES will get 160 seats against 230 seats.

However, given the many uncertainties, even pollsters are wary of jumping to conclusions. “A point or two percentage points more or less could mean 40 to 50 seats switch sides,” Brice Tintorier told France International.

This is also due to the French electoral law, which is an absolute majority system. Only the best ranked from the first round make it to the second round. “The cards will be re-shuffled after the first ballot,” Kempin says.

The majority of Macron’s current government seems aware of the risks: a victory for the opposition will lead to “massive political destabilization for years to come,” warns Minister for Relations with Parliament Olivier Veran.

“Melenchon holding a mirror of Macron”

“No political party can impose a name on a president,” Macron himself said in an interview with several regional French newspapers. Which suggests that he would not have to appoint Melenchon as prime minister even if the NUPES won a majority – but could appoint someone else from among the ranks of the left-wing coalition.

And Macron? It could also be seen as an opportunity, Kempin says: “Melenchon holds a mirror for Macron.” Because the presidential elections also revealed the great division and dissatisfaction in the country. On the evening of the election, Macron promised to communicate more with the French, to become a different president, in order to reconcile society to some extent – Melenchon’s success shows how necessary this is.