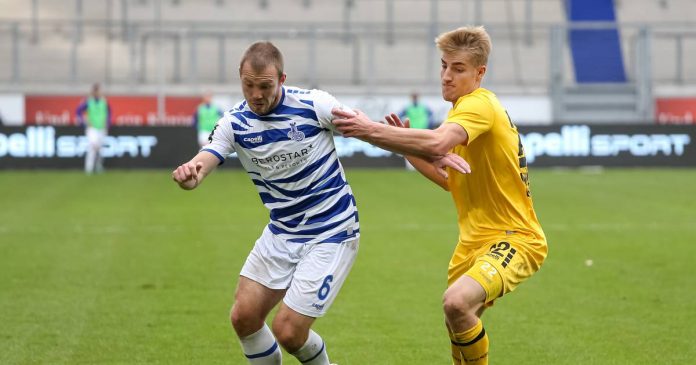 Disappointing season behind MSV Duisburg. Only zebras managed to stay in the league solidly. Now you have to take a breather. Even before the final game of the season at SV Meppen, coach Pavel Duchev announced that 19 contracts were nearing completion, and that they wanted to build a new team – and aim to change personnel for the new season. The 55-year-old said the team needed a “self-cleaning process”. He wants a team that “acts for 90 minutes and works in a disciplined manner”.

The first eight departure flights have now been scheduled. The third division team announced, on Wednesday, that eight players – Joshua Peter, Merns Bebic, Lucas Chipanik, Leroy Mikkels, Conor Krimbeki, Sim Sabanci, Jonas Brendick and Ahmed Engin – will leave the club. The association announcement reads, “The MSV family says thank you for your time at Zebra Stripes!” “We wish you guys that you will have more luck and success again with your new club.”

For Engin, that is a goodbye after ten years with zebras. The 24-year-old has been active in MSV since 2011 and has played with U16, U17, U19 and U23 at the Meiderich Junior Performance Center. In August 2015 he made his professional debut, playing a total of 149 competitive matches (15 goals and 27 assists).

There are also two changes to the coaching equipment: assistant coach Marvin Kumber, who made his debut as a player in 2019 and played 25 competitive matches with MSV, and athletics coach Miro Lucic must leave.