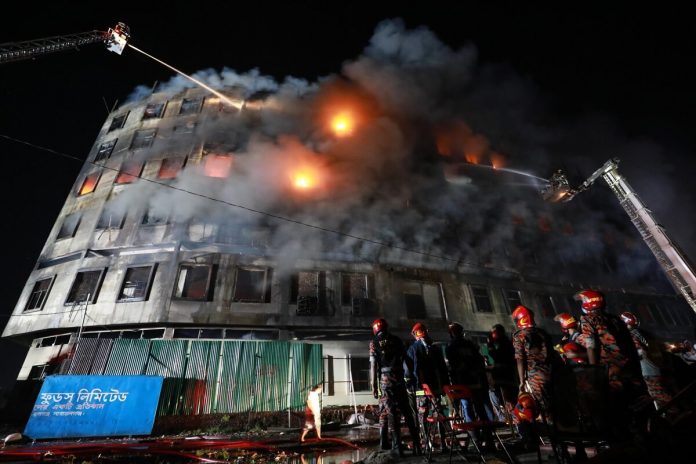 A major fire broke out in a factory in Bangladesh on Thursday. Many people died. Many of them were surrounded by one floor.

Dhaka – after this shooting Police have arrested the owner and senior staff of a factory in Bangladesh with at least 52 dead.

Interior Minister Asaduzzaman Khan, 70, said on Saturday there were eight arrests in total.

He said that no one would be spared if the investigation revealed that negligence had claimed many lives. According to the fire department, most of the bodies were found on the closed fourth floor of the factory. The workers were trapped there and could not escape.

The six-storey food factory, which produces juices and soft drinks among other things, is located about 25 kilometers east of Dhaka, the capital of the South Asian country.

It took about 20 hours to put out the fire that broke out on Thursday.

In Bangladesh, factories have caught fire or collapsed several times. Frequent reasons were insufficient safety precautions and construction defects. at Bad luck 1,100 people were killed in 2013.