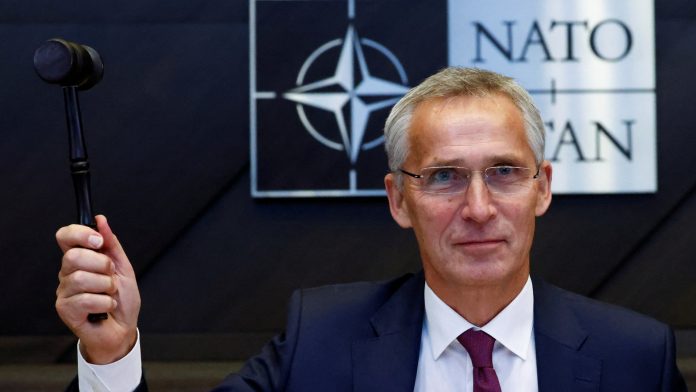 Russia is increasingly attacking Ukraine with drones, so NATO wants to provide Kyiv with hundreds of jammers for defense. In addition, the company’s critical infrastructure should be better monitored.

NATO will support Ukraine in its defense against Russia with anti-drone equipment. After a meeting of defense ministers in Brussels, NATO Secretary-General Jens Stoltenberg said that hundreds of alleged jamming devices will soon be delivered.

Elimination of Russian and Iranian drones

This could help render Russian and Iranian drones ineffective. Jammers are electromagnetic jammers. It typically emits a signal that interferes with or blocks the radio link between the drone and its controller.

Presence doubled in the North Sea and the Baltic Sea

According to Stoltenberg, the Allies are already escalating preventive measures for facilities of particular importance and sharing intelligence.

NATO’s naval presence has doubled in the North Sea and Baltic Sea after alleged sabotage against the Nord Stream 1 and Nord Stream 2 natural gas pipelines. Experts from member states are set to discuss details of additional monitoring and protection measures soon.

Boeing Relief: The Starliner capsule is on its way to the...