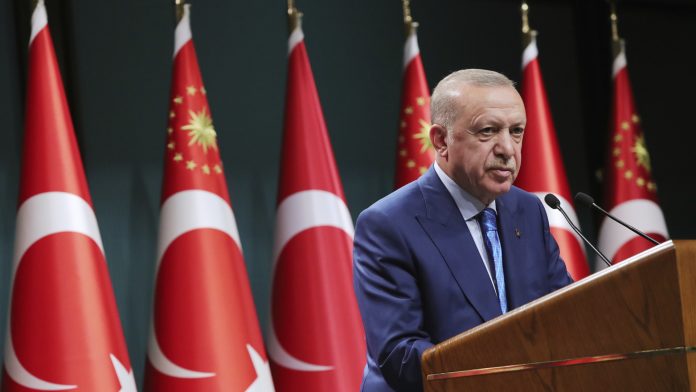 With the crisis in Afghanistan, Turkey fears a massive refugee movement to the West. However, Turkish President Erdogan believes that the limits of accepting immigrants in his country have already been reached.

In light of the critical situation in Afghanistan, it is clear that Turkish President Recep Tayyip Erdogan is against accepting more refugees in his country.

In a phone conversation with Chancellor Angela Merkel, he again warned that Turkey would not bear any “extra burden” if Afghans fled to the West on a large scale.

Millions of refugees are already living in Turkey

Erdogan told Merkel, according to his government, “a new wave of immigration is inevitable if necessary measures are not taken in Afghanistan and Iran.” However, Turkey has already taken in about five million refugees. More can’t be done.

Turkey has accepted more refugees than any other country in the world. In addition to about 3.6 million people from Syria, hundreds of thousands of other migrants already live there, including people from Afghanistan.

However, according to the German government’s deputy spokeswoman, Ulrike Demmer, Merkel and Erdogan agreed that bringing vulnerable people from Afghanistan to safety is a “top priority”. In addition, Germany and Turkey want to coordinate their support for international aid organizations more closely, especially the United Nations refugee agency.

Erdogan has already warned several times in the past few days of an imminent mass exodus from Afghanistan to Turkey and the European Union. In view of this, the Turkish government should Building the border wall with Iran push forward.

See also  Excavations in Morocco: Researchers find the oldest jewelry in the world

How do the Arab countries now want to deal with Israel?