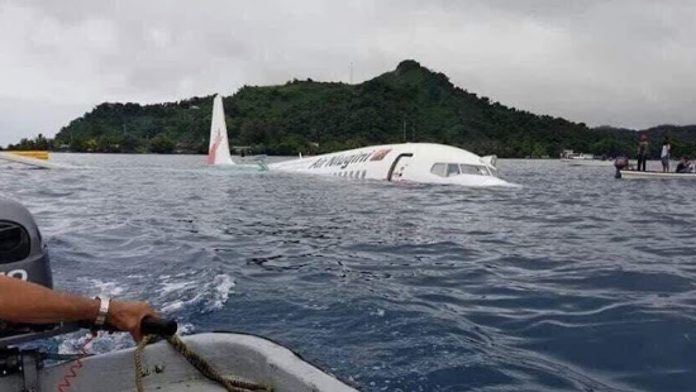 An engine failure forces the Boeing machine into an emergency landing. A cargo plane lands on the waters off Hawaii. The crew could be saved, but one of the pilots was seriously injured.

The crew members were rescued by helicopters from the Coast Guard and the fire department, a Coast Guard spokesperson told CNN. A coast guard ship was also used. The spokesman said the crew was taken to a hospital in Honolulu for treatment.

According to a report on local news site Hawaii News Now, one of the pilots, 58, is in intensive care with life-threatening injuries. The second pilot, aged 50, suffered a head injury and several injuries. Hawaii News Now reported that the machine sank. The remains will be recovered. The Transair typically carries cargo between the major islands of Hawaii, and according to FlightAware’s website, it flies between Honolulu on the island of Oahu and Kahului on Maui.

According to investigators, the aircraft is at least 33 years old, a Boeing 737 Classic, not a 737 MAX. The Boeing 737 Max made headlines with crashes in Indonesia and Ethiopia with a total of 346 deaths in 2018 and 2019. In March 2019, a global flight ban was imposed on the US best-selling aircraft manufacturer, which was only lifted at the end of 2020.