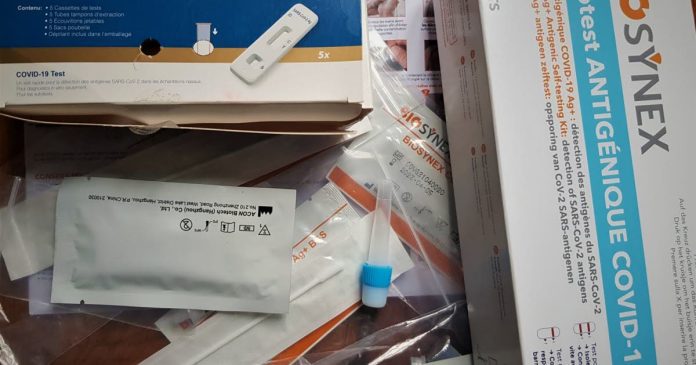 Having Covid once does not protect against a new infection: As Omicron, the likelihood of contracting the virus increases several times, according to a study public health France. It will grow.

“In light of the marked increase in the prevalence of SARS-CoV-2 currently observed in France, and the characteristics of the BA.4/BA.5 substrains, which are now in the majority, it is expected that the frequency of re-infections will continue to increase in weeks. ahead”, warns the French public health authority.

The agency notes that “SARS-CoV-2 infection was much higher during omicron waves than during previous periods.”

In early June (the week of June 6-12), 12% of confirmed Covid-19 cases were probable cases of reinfection. We talk about getting infected again when you have a second positive test for Covid at least 60 days after you first contracted the disease.

This rate of infection again has been increasing since the Omicron wave swept France last December.

According to Public Health France, “93.5% of the probable cases of re-infection since March 2, 2021 that were an interpretable screening result for the second episode are suspected to be a form of Omicron”.

Having an Omicron already doesn’t protect against it: “For 44% of potential re-infections that occurred during the week of June 6-12, the first episode occurred during a period in which Omicron prevalence is more than 90% during flash surveys”.

Having the disease twice does not increase the risk: “Re-infection is, in the majority, mild cases,” notes Vincent Auvine, an epidemiologist at Public Health France and author of the study on re-infection.

Behind the facial treatments