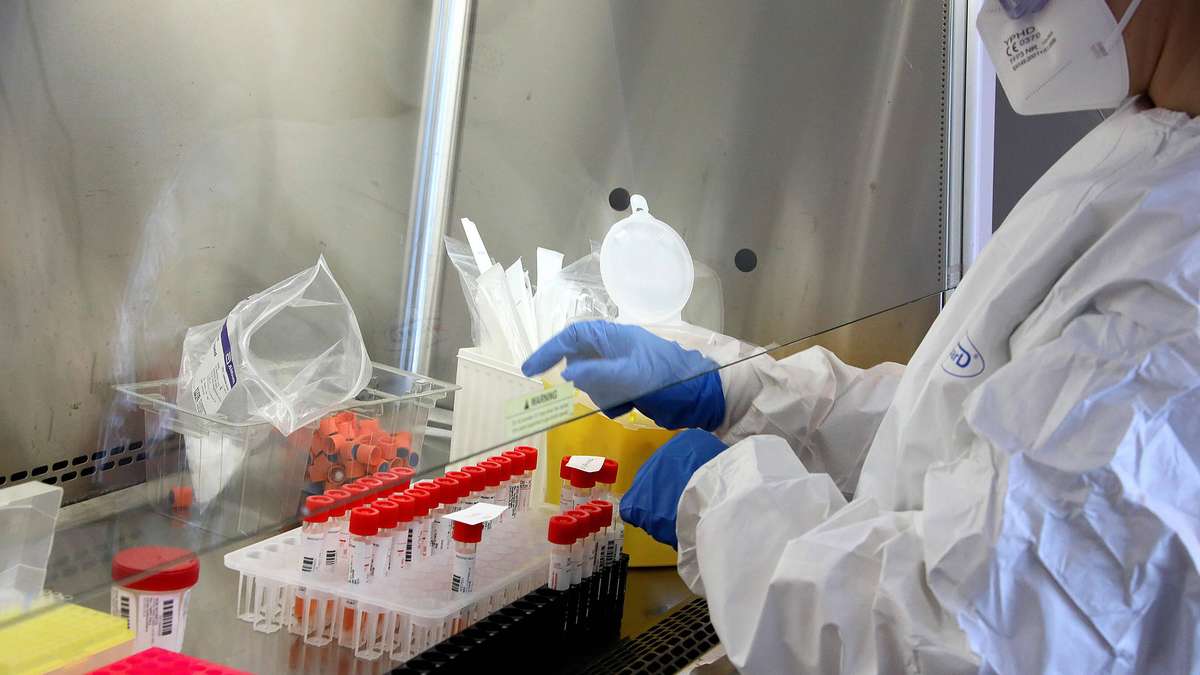 Around the world, research is being done on drugs that can be used to treat patients after a coronavirus infection. Few candidates show good results.

The Corona vaccination campaign in Germany is proceeding – albeit slowly. However, vaccines are not the only means against viruses. In the case of HIV infection, there are drugs that can prevent the reproduction of viruses in the body as well as do this Preventing AIDS. You have against chronic hepatitis C. Patients now have a 95% chance of a cure. So why doesn’t it happen with Corona as well?

Researchers have been searching for potential drugs against Corona since the start of the epidemic. In laboratory tests, candidates appeared repeatedly who considered promising drugs against Corona The first days of research were marked by setbacks: for example, they gave up Chloroquine And hydroxychloroquine – the approved antimalarial drug – failed clinical trials. Ebola remdesivir, which was approved under the emergency regulation, wasn’t convincing, either. The Robert Koch Institute (RKI) only recommends that the drug be used in a few cases.

So far, the drugs proven against Corona have been mainly used. The effectiveness of the drugs against SARS-CoV-2 has been tested mostly on Vero cells that were previously infected. If the agents could prevent the affected cells from destroying, they were seen as promising. But in clinical studies almost none of the factors was convincing. Only one thing produced reasonably reliable results, and it had several drawbacks: Remdesivir is expensive and can only be used if the disease is caught early – and the patient does not need ventilation.

American researcher Sarah Sherry of the University of Pennsylvania in Philadelphia believes that these Vero cells are only partially suitable for research on the Corona drug. This is why it now uses Calu-3 cells, which are used in research against lung cancer. More than 3000 agents tested.

The most promising candidates for the Corona drug have been approved

Nine drugs prevent corona viruses from replicating in cells. Three of them have been approved in humans in the United States. “Our discoveries here demonstrate new approaches to therapeutic measures against COVID-19 and also underscore the importance of testing candidate drugs in airway cells,” Sherry said in a press release from the University of Pennsylvania.

Cyclosporine in particular is considered a promising candidate. On the one hand, it prevents the reproduction of corona viruses, and also has an anti-inflammatory effect, which can help counteract the overreaction of the immune system. “The use of cyclosporine in hospitalized Covid-19 patients could be of great benefit,” Sherry asserts. Your hypothesis is currently being tested in clinical studies. Since the product has already been approved, animal testing tests are not required in advance. A study has begun with 20 patients with Corona, and results are expected by the end of the year.

Corona drug: Research is also taking place in Germany – and the first results are found

In Hamburg, research is also being conducted on a possible drug against Corona. However, the researchers at Electron Synchrotron (DESY) use a different method. Using what is known as X-ray inspection, 7000 approved active ingredients were examined and the 3D structure of the active ingredients was determined. This makes it possible to predict which factors will combine with the enzymes of the virus – and thus inhibit them. Tests are not necessary, the entire process is automated. 37 funds are rated promising.

Then the Bernard Nocht Institute of Tropical Medicine (BNITM) examined the active ingredients and found that five of them were able to prevent the coronavirus from replicating in cell cultures. Two of them, such as peptin and pilitinib, have shown so much hope that they are currently undergoing further analysis in preclinical studies. So it may take some time before the money is used in the fight against Corona.

9 foods that can cause heartburn