Home Economy Cooperation with the port of Amsterdam on hydrogen projects 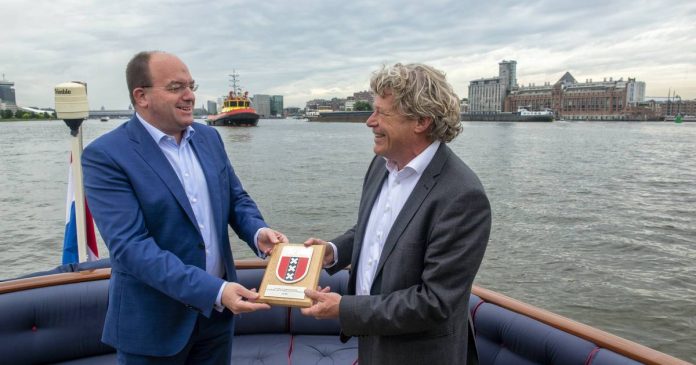 Duisburg The ports of Amsterdam and Duisburg will expand their long-term cooperation. Port President Markus Bangin and his counterpart Coen Overtum from Amsterdam announced that the ports want to work together on hydrogen projects.

To underscore their organizations’ commitment to these common goals, both port managers have now signed a letter of intent. A statement said the ports of Amsterdam and Duisburg are directly connected to each other via the Rhine River and many overland routes and perform important functions as logistics hubs in the European hinterland.

Both ports are of historical importance in the development and expansion of important trade flows between Germany and the Netherlands. “By expanding our trusted partnership with the Port of Amsterdam, we are sending an important signal across national borders: Only together can we master global challenges such as the energy transition,” said Markus Pangen, President of the Port of Duisburg.

In addition to developing the green hydrogen value chain, Duisport and the Port of Amsterdam will launch joint business ventures to expand their internal networks. Amsterdam and Duisburg are well connected by inland waterways, land lanes and railways and are centrally located within the vast European network.

In addition to the existing daily inland waterway connections, a rail service between Amsterdam and Duisburg was established in 2019. This shuttle forms an important corridor that directly connects the short sea freight and intermodal networks of both ports.

Uber’s Chinese counterpart – Beijing slows down Didi after its initial...