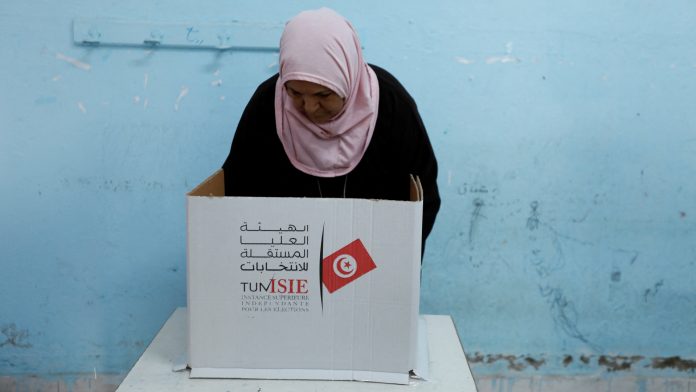 Tunisia was once at the forefront of the Arab Spring. But the young democracy is in bad shape. The parliament elected by the people today will have much less influence than it did in the past. The opposition called for a boycott.

About nine million voters in Tunisia are invited to elect a new parliament. However, the future representative body would not have any powers. The opposition called for a boycott of the elections. The elections were described as part of a “coup” against democracy that emerged from the Arab Spring in 2011.

The country’s powerful trade union federation, which played a crucial role in the overthrow of former dictator Ben Ali, also criticized the elections.

President Said is under heavy criticism

The focus of criticism is on President Kais Saied and his new electoral law, which, among other things, has weakened the power of the parties. Opponents criticize that Saied’s new constitution means the president can rule almost without oversight.

In the summer, the president was able to vote in a controversial referendum New constitution prevail, giving him significantly more power. For example, the head of state can appoint and dismiss the government and judges without the consent of parliament. The former law professor also changed the right to vote. Many now fear a return to authoritarian structures.

Earlier, in March, Said dissolved the People’s Assembly. After the protests, he de facto overthrew the government and parliament a year and a half ago – and has ruled by decree ever since.

Tunisian President Said has been ruling by decree for months.

History of elections in Tunisia

The date of the December 17th election is historic. Twelve years ago, a vegetable seller, Mohamed Bouazizi, set himself on fire out of despair over his financial situation. His action led to mass protests in the country, which eventually led to the outbreak of revolution.

More than a decade after the revolution, many people in Tunisia are frustrated. Despite democratic reforms, the economic situation has not improved for many. Many young people want to emigrate.

In the elections to allocate 161 seats in parliament, most of the candidates stand anonymous. Low turnout is expected.