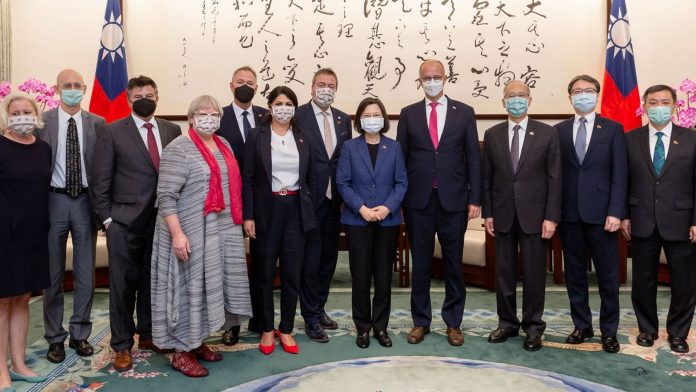 Shortly before the first chancellor’s visit to China, there was tension: Beijing protests against a meeting between German members of parliament and the Taiwanese government.

The Chinese government protested against the visit of a delegation from the Bundestag to Taiwan. German lawmakers were asked to “immediately end their interaction with the separatist independence forces in Taiwan,” according to a statement issued by the Foreign Ministry in Beijing on Tuesday. It should not send ‘false signals’.

“Taiwan is an inalienable part of Chinese territory,” she added. Taiwan’s ruling Progressive Party’s refusal to recognize the “one China principle” and its “continuous provocations seeking independence” are the root cause of the current tensions in the Taiwan Strait. She added that the Chinese Foreign Ministry calls on members of parliament to take the “one-China principle” seriously.