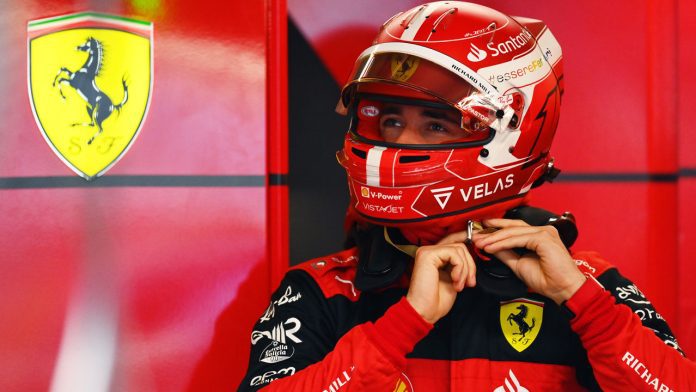 Charles Leclerc (Ferrari) had an amazing catch-up at the Canadian Grand Prix and finished fifth. But he’s not entirely happy.

Monaco advanced from 19th on the grid to 5th and scored ten championship points (Race Report >>>). However, the two-time winner of the season and third in the world championship (126 points) does not seem convinced.

“Actually, I’m very disappointed,” the Ferrari driver explains to Sky. “In the end, the second part (of the race, note) was good, but in the beginning I was stuck, I could hardly do anything.”

Despite his self-imposed goal of wanting to finish at least a fourth Grand Prix (more >>>), the 24-year-old also sees positivity and admits that fifth was the limit: “It was about being patient until… The clock is the end of the race. At the station we got out of traffic, and then the DRS is back again. In the end it was fun, it’s the best possible result when you take everything into account.”

Since Red Bull driver Sergio Perez had to call him early in lap 9, Leclerc never fought a “bull” on the track, but knows from Sainz’s result that a Ferrari at least equal the RB18 was.

“I didn’t even see the Red Bulls, they were very far from me. But my feeling was good, which is a good sign. I don’t know if it will be enough to beat them. But the whole season was tight and he was going to be tight again today, as it was with Carlos. ,” he explained to the German pay-TV broadcaster.

See also  "... but we're outside": Klopp only complains about himself

Finally after Mercedes drivers Lewis Hamilton and George Russell finished third and fourth, he had the silver stock on his radar: “I don’t have a complete picture of the race yet. But Mercedes looked strong, much stronger than before. If they were consistently on the same level, they would In the foreground “.

for you @salesforce # F1DriverOfTheDay In Montreal…

it’s a Tweet embedAfter a fight from the rear of the net to fifth! #CanadianGP # F1 pic.twitter.com/1q22bkPbwQ