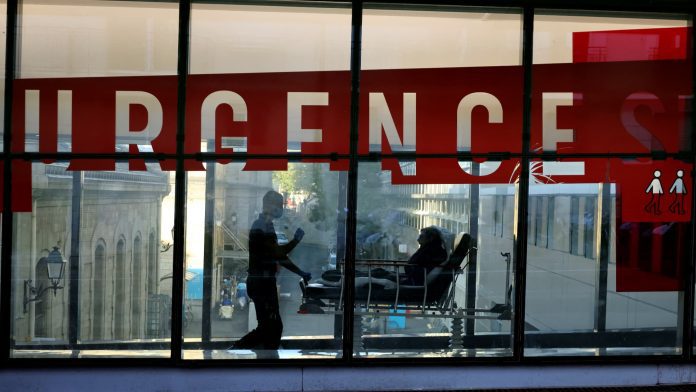 Brigitte Bourguignon, the Minister of Health, has announced a doubling of overtime for caregivers. But key stakeholders stress that the hospital’s problem is not the salary and they are asking for more staff.

During an intervention at a conference of emergency doctors this Wednesday in Paris, Brigitte Bourguignon promised to pay double overtime pay. But caregivers want something else entirely. “We want to do our work in better conditions for patients and also stop going to work out of pain. We are exhausted,” he adds.

What we need is more staff and a pay increase won’t change anything, explains Geoffroy Russo, an emergency physician at Tours University Hospital: “It won’t make us work more, we already have our ‘overbooked’ schedules, we can’t work more than we do.” Already “.

So there will be no more doctors, but what about the paramedical staff? Brigitte Bourguignon wants to allow nursing students to work even before they graduate to limit damages this summer. A procedure that does not convince Justin, an emergency room nurse at a hospital near Saint-Étienne.

“If we get the staff to work as nurses but in the end they don’t have the diploma, we’re going to get people to work who wouldn’t have the ability to be nurses. So patients would be cared for by nurses. People who wouldn’t be nurses,” he said.

In another announcement by the Minister of Health, retired caregivers are “voluntarily resuming an activity” this summer who will in turn benefit from their “pension accumulation facility”. Caregivers in unison are asking for a profound overhaul of the general hospital.

See also  In Occitanie, the number of new hospitalizations doubled by 10 in one month

“The collective immunity of which we have been told for so...