Home World Canada: Tens of thousands of people are said to be preparing to... 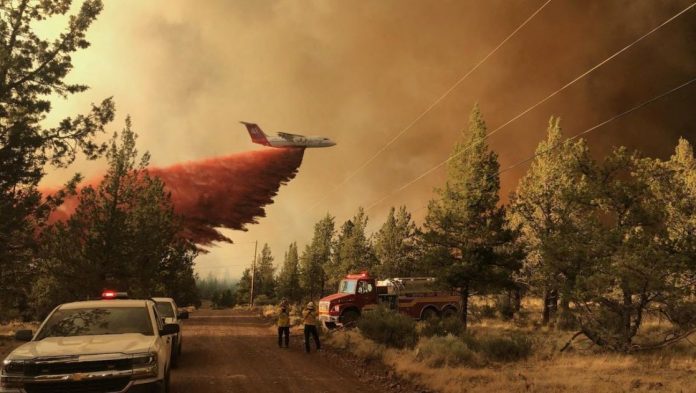 Due to the devastating wildfires in western Canada, authorities have declared a state of emergency. “We have reached a critical point,” the province’s public security minister said. British ColumbiaMike Farnworth. In emergency situations, authorities can order mass evacuations and put in place protective devices for people brought to safety.

On Tuesday, authorities ordered another 5,700 people to leave their homes due to the risk of wildfires. Tens of thousands of people were called to prepare for possible similar orders. “Please prepare an evacuation plan for your family,” the firefighters appealed to the public.

Serious wildfires have been raging in western Canada for weeks. There are currently about 300 active fires in British Columbia, and more than 3,000 firefighters are working against the flames.

The smoke moves up to New York

Even on the west coast of United States of America The fires continue to spread. Smoke from wildfires blanketed New York City, on the east coast, in a gray haze on Tuesday. The New York State Environment Agency has issued a health alert due to increased particulate pollution.

A representative of the agency said it was not uncommon for smoke from fires in the west to penetrate the area, but this time it was in a lower layer of air. And the meteorological service expected a hail of hail on Wednesday, which would put an end to the phenomenon.

Alone in the country Oregon A fire has so far destroyed more than 137,000 hectares of forest. Also in other states along the West Coast of the United States and in Canada Countless fires.